The Alpha & Delta D3 was supplied by Alpha & Delta. I do not have to return it. I have not been compensated. The views expressed here are my own. 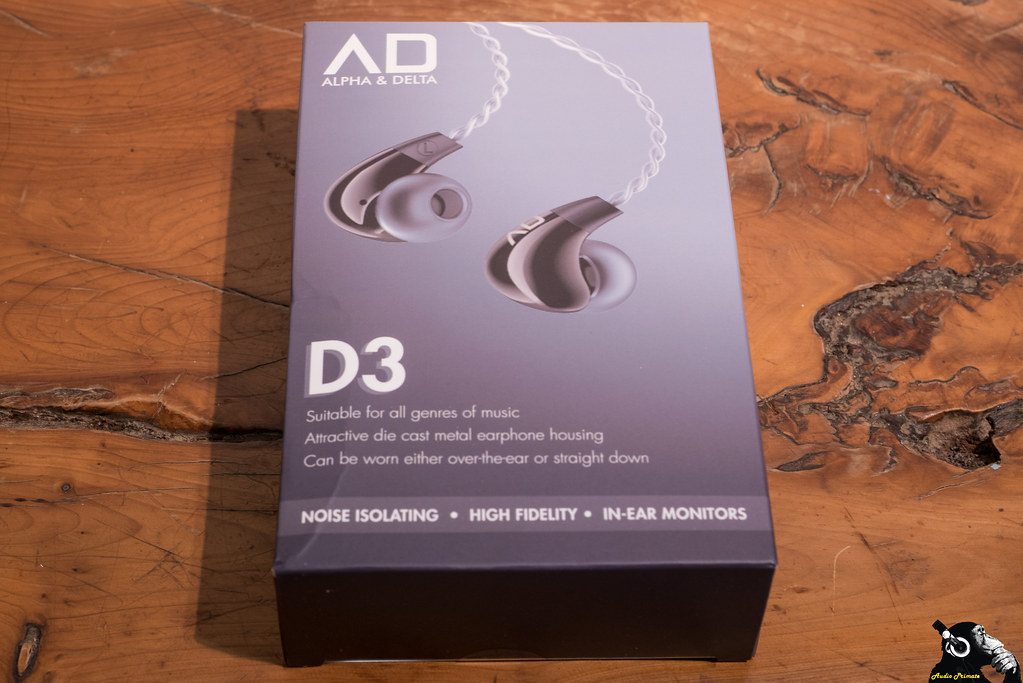 I received two packages from Alpha & Delta, one with two IEMs bundled together, and one with just one. I can’t recall which was which, but both were wrapped in a few layers of bubble wrap and then colourful (bright pink and bright blue) heavy plastic mailing envelopes. Clearly, the bubble wrap didn’t stop a little dent in the D3 packaging (above). I don’t know if a normal consumer would have a similar shipping experience. There was no damage to any components inside, so it didn’t really matter. 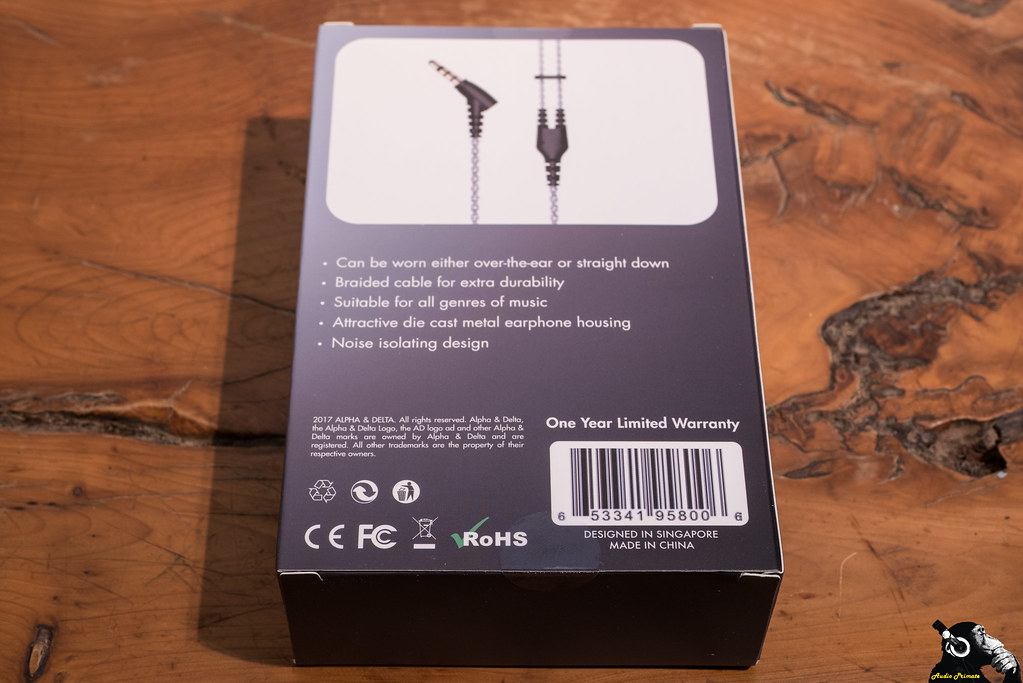 Okay, so now we get to some hot stuff. That is a real leather case. Inside are the headphones and a real leather embossed cable wrap. These are premium components. This IEM is only $35. Hot damn! That’s a good start. 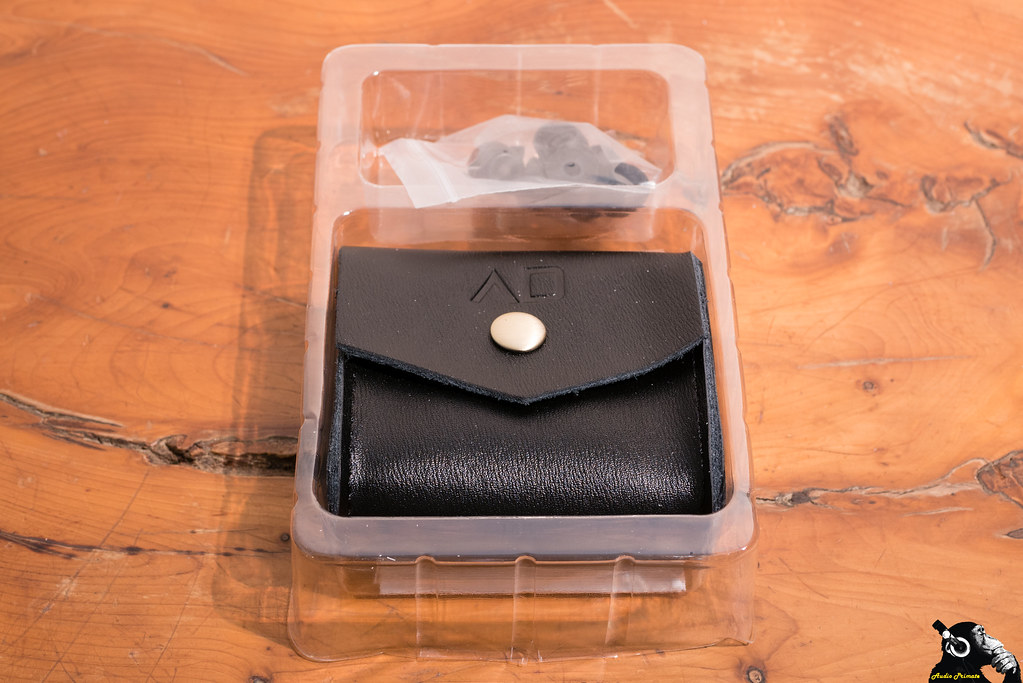 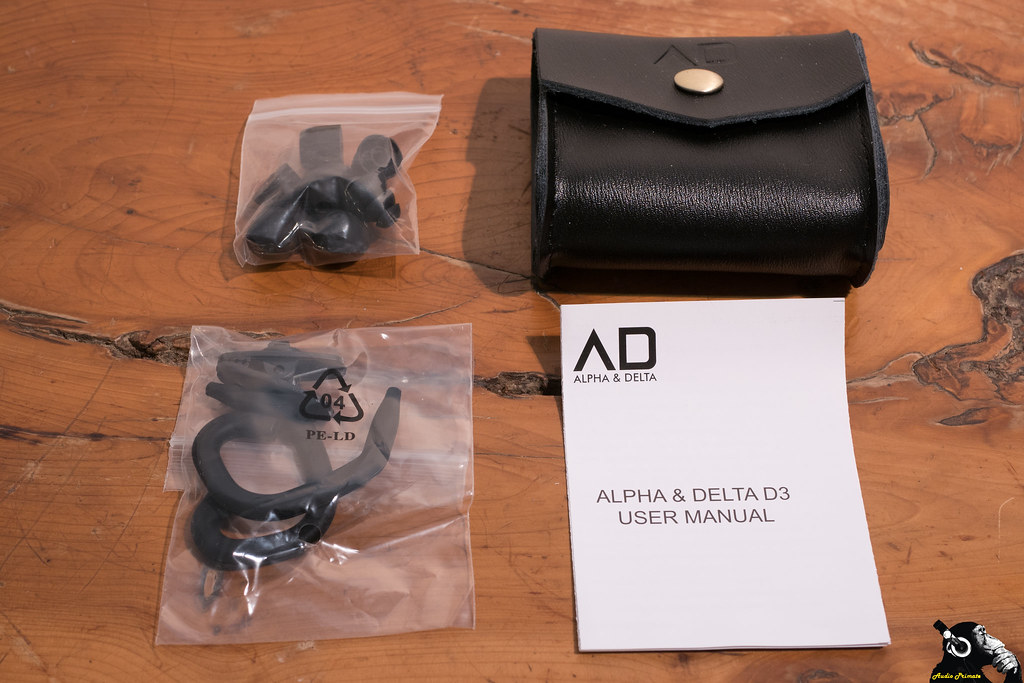 The cable is a roughly hewn silver-plated copper double-twisted number. The cable has substantial memory effect, a rough moving cable slider, and rough hard feeling housing. Twists in the cable look kinky rather than smooth. I’m actually not a big fan of this cable. It looks flash, but the ergonomics are not great. Others may not care so much, but the tops of my ears are sensitive, and the rough cable texture makes it hard to slide the cable slider. I like cable sliders, but this one isn’t very useful because the cable is so rough and the slider is so thin. If the slider were thicker, the roughness of the cable could be overcome to make a more effective slider. The strain relief at the ear is pretty meager, but the strain relief at the headphone jack is good. The housing is made right to be used with phones (hey TFZ!), and generally works as intended. 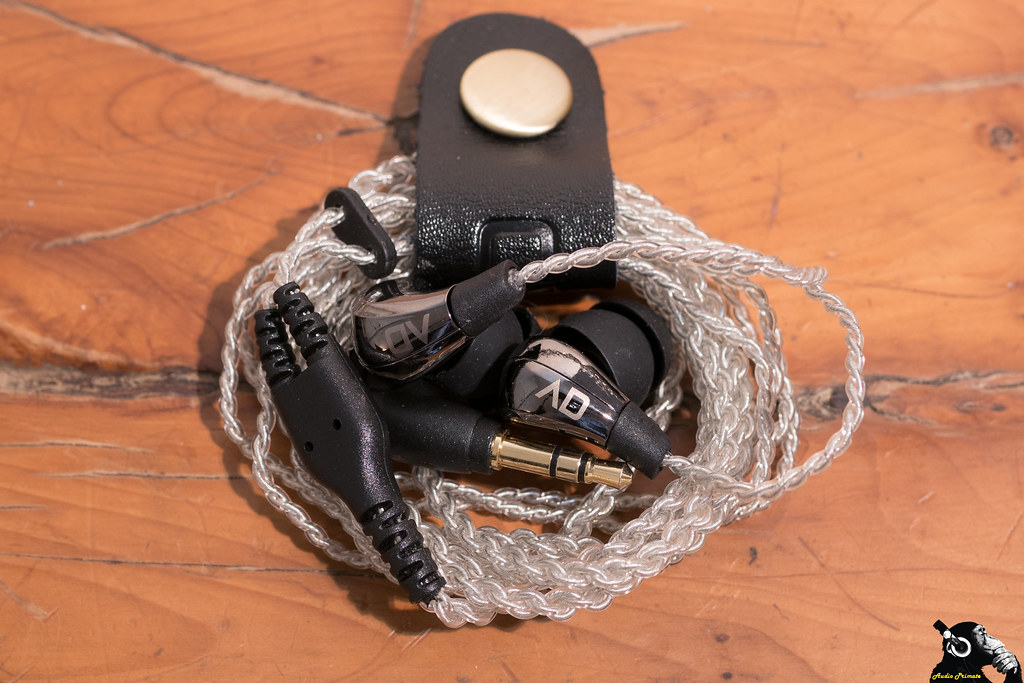 The cable is advertised as being able to be worn up and down. I found that I got a better seal when I was wearing the cable up as the teardrop design wasn’t fighting any of my ears’ anatomy. The fit is good either way, just modestly better up.

Overall, the build quality and functionality are good. The accessories are absolutely killer for the price. The cable looks better than it is, but the solid metal shells are reassuring and the ergonomics are overall decent. A softer cable would make these better ranked ergonomically.

Sources as usual are the HiBy R3 and the LG V30. I’ve listened to these for about 20-25 hours. I didn’t burn them in, but may do so before the final countdown (doo doo doo DOO doo, doo doo Duh duh doo). 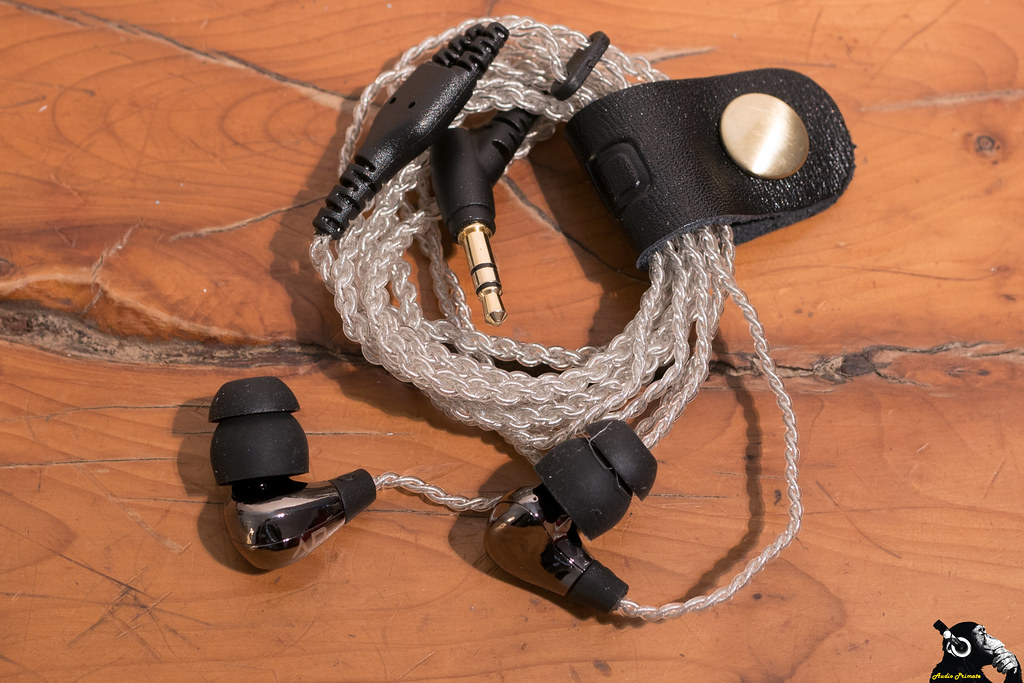