The Final E2000C (yep, they sent me the one that didn’t qualify for the $50 shootout so I have to ignore that it has a mic) was supplied by HiFi Headphones for the purpose of this shootout. I have received no compensation. The views expressed are my own.

It’s a basic packaging experience, with a well organised setup. 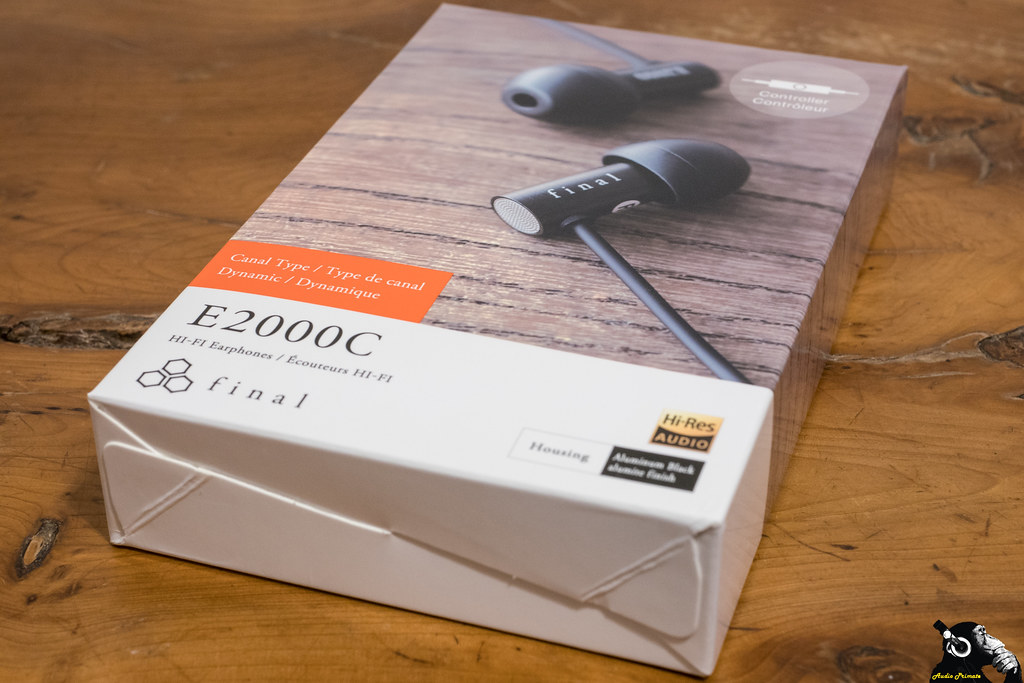 The back of the box tells you one of the reasons the Final E series tips are excellent. I think these are generally the best tips in the business. 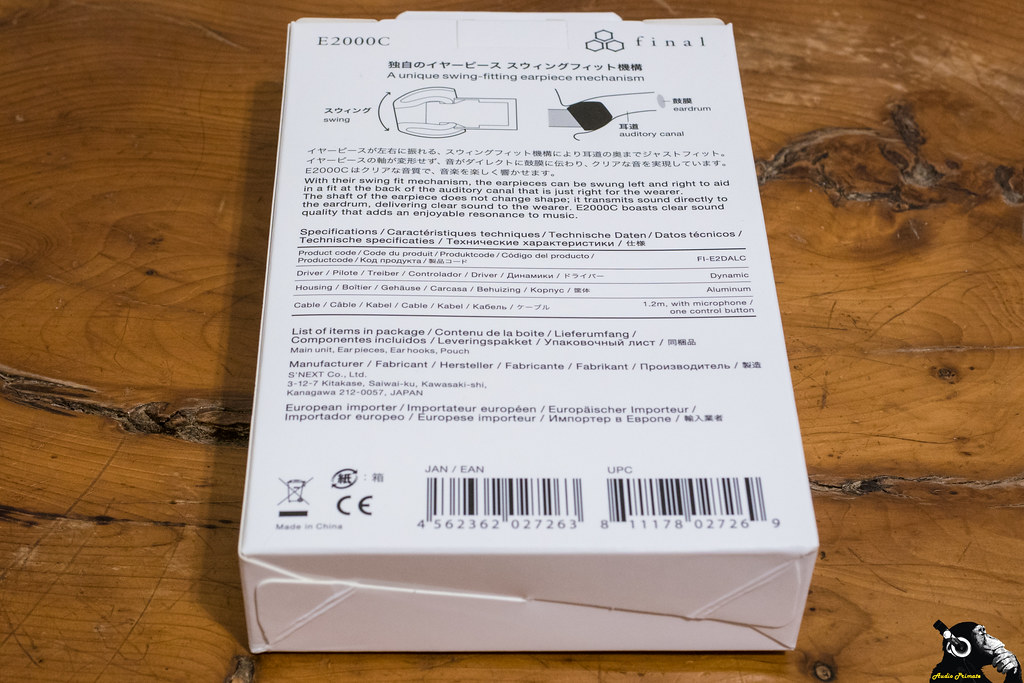 Inside the package there are two compartments and a users manual. I note that the both compartments are big enough for a decent case, like what comes with the Soundmagic E11C, but Final has supplied a next to useless thin pleather case that most people would probably just put back in the box like I did. The tips supplied with this cost $15.00 for a set. While there isn’t a usable case, the cable does come with a wrap, which is a nice feature. 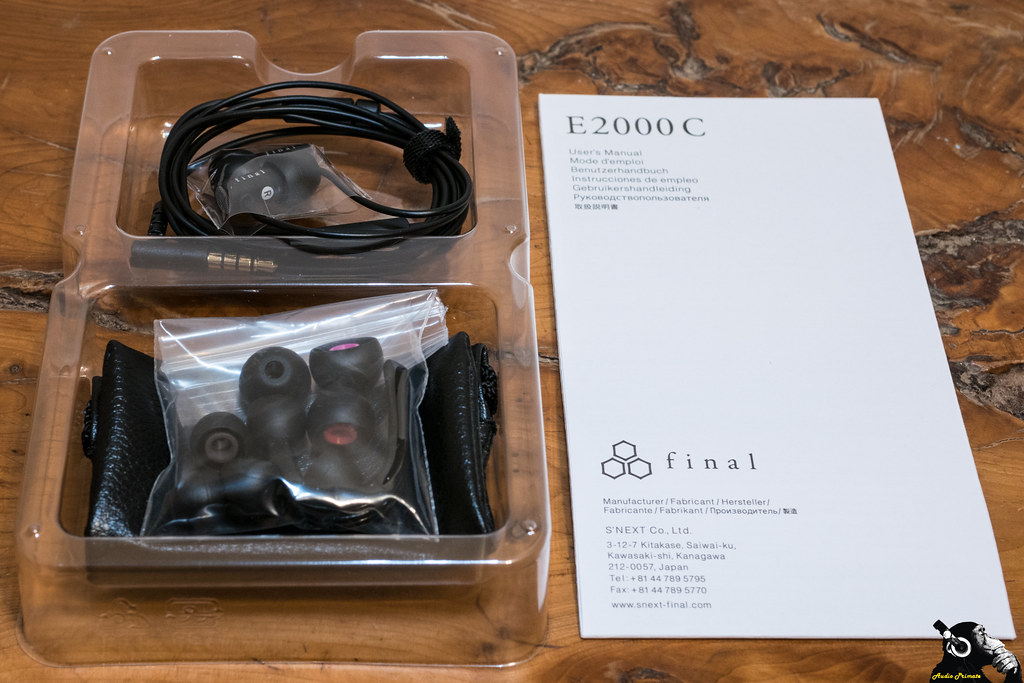 The final bit of kit among the accessories are some earhooks for wearing over your ear. These are smaller earhooks that you generally find, which is a good thing. I think it was thoughtful for them to include this as an option for folks who want to control cable microphonics or have a more secure fit. 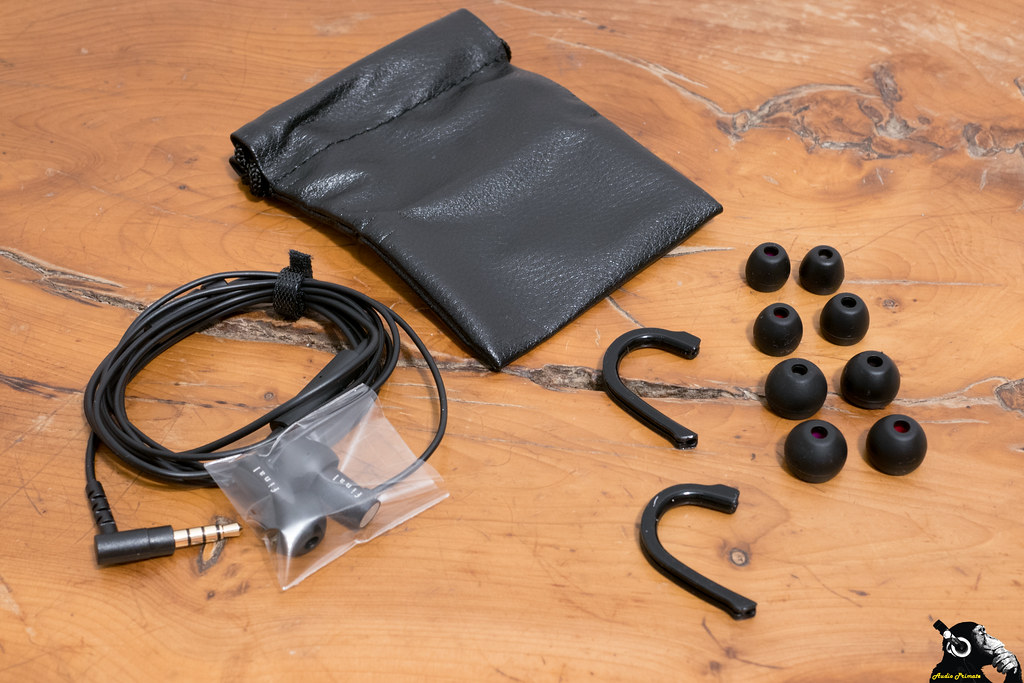 About that fit, it’s good. The tips are excellent and the form factor is small. These should fit any size ear given the tip selection included. I prefer them cable down, as I do with most bullet style IEMs.

As usual, I did my listening on the HiBy R3. I didn’t do any significant burn-in, but I have played these for about 12 hours. When I do the final rankings, I’ll have burned in everything. I did notice the driver open up a little in the first few hours, but haven’t really noticed further change.

The sound signature on these is fairly relaxed, rather than being forward. Bass is still a touch forward on Macy Gray – Slowly (24-192, binaural). Macy’s vocals sound a touch soft on the track. I could use a little more amplitude. The sound signature, in general, is agreeable without standing out anywhere. Trumpet is nicely represented with some nice precision. The percussion at the back of the stage is portrayed at an accurate spacing, with no compression of the stage depth.

Guitars are rendered with delicious delicacy on Blue Oyster Cult – (Don’t Fear) The Reaper (DSD64). The warmth of the vocal recording comes through nicely here, dating the recording nicely. The bass guitar chugs along nicely. Guiro and cowbell are rendered with plenty, potentially a little louder than neutral. The sound is smooth through the mids.

When we get to treble cymbals don’t have quite enough decay to them, they are fleeting and a touch tinny when listening to Billy Cobham – Quadrant 4 (DSD64). The E2000 is also not fast enough to resolve all the delicate cymbal tappings at the top end, but neither are most IEMs. That kind of speed is featured at the very upper echelons of IEMs, like the WAVAYA Octa or the Unique Melody Mason V3. The electric bass and lead guitar are nicely represented, as are drums that show up more in the lower-mids and bass sections of the frequency response, but treble could use a bit more focus. When you are working with a tiny driver like that of the E2000, you usually have to sacrifice somewhere. I think they’ve made a smart choice on where to sacrifice, as the parts of the frequency spectrum that more people respond too are the parts they made sure were well-represented.

I think these are good headphones, but there are several other better ones under $50.