The Linsoul BLD was supplied by Linsoul for the purpose of this shootout. I have not been compensated for this review. The views here are my own. 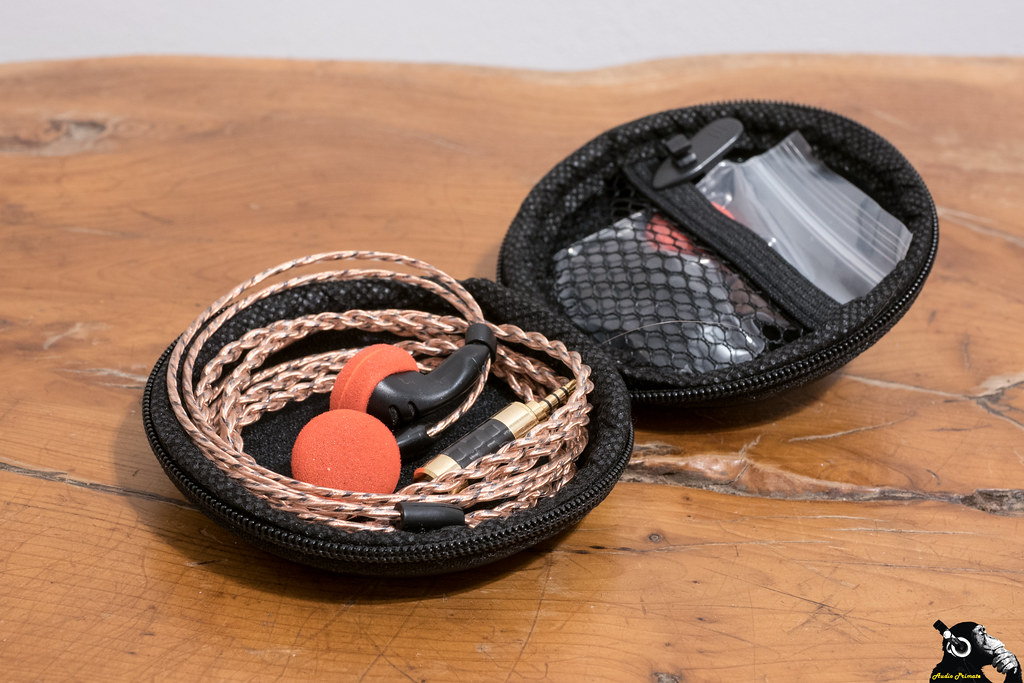 These didn’t come with a box, but they did come in a case. I love cases. They also come defaulted to balanced connections, with mine terminated in 2.5mm. Of the earbuds that I’ve tried, these have the most comfortable and secure body. They sit nicely in the ear with a really ergonomic shape. That said, they are still earbuds. You won’t want to take these for a vigorous activity. They still need to be readjusted from time to time. They still don’t generally isolate.

There is a usability factor that some won’t note, these are 150Ω in-ears, which means that you won’t be able to use these on weak-sauce amplification. The HiBy R3 does fine with these, and it’s a plenty affordable player. Another thing to note is that these do not come in single-ended terminations, your choices are 2.5mm balanced and 4.4mm balanced. If you want to listen out of your phone, you’ll need an adaptor. I have one, and can say that the LG V30 does well with the BLD.

The build quality is excellent, with a twist cable made of copper that resembles the cable that comes with the RHA CL750. The cable housing isn’t as nice as the CL750 with a harder texture and a bit less flexibility. It’s still way above par for under $50. 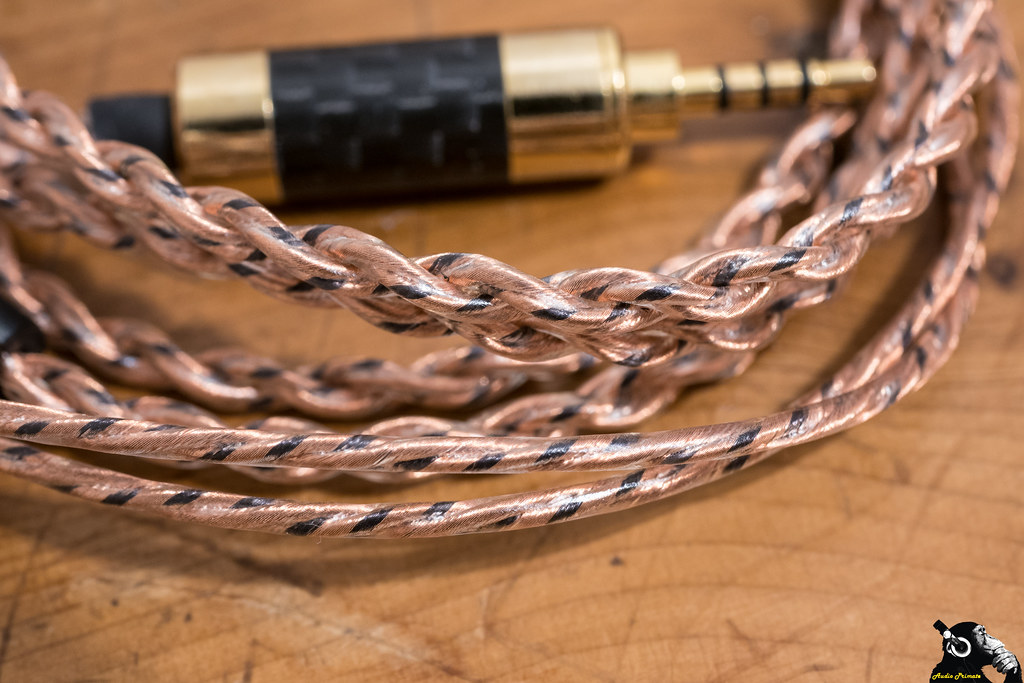 These even have a chin slider built in. They thought of everything I would like in an earbud, if I were an earbud guy: 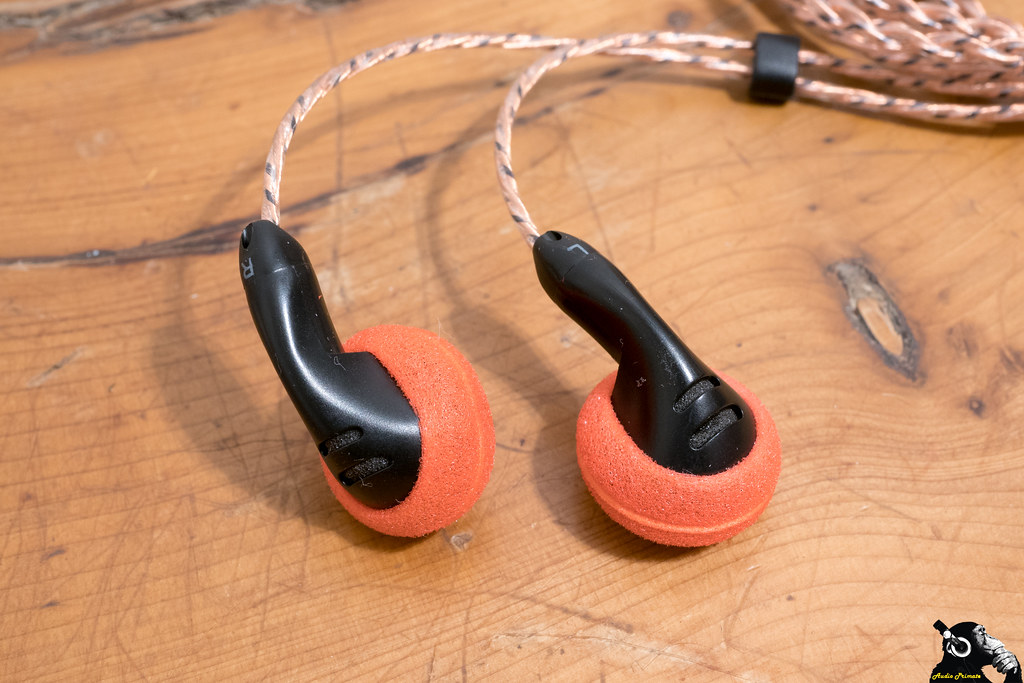 As usual I did my listening tests primarily with the HiBy R3, as it is the best under $250 player that I’ve tried. I also did some listening on my LG V30 with a 2.5mm to 3.5mm adapter. The LG V30 has more aggressive drums than the HiBy R3. Lastly, because these are 150Ω and balanced, I tried them on the Questyle QP2R. The QP2R expands out the stage width and gives more depth to the sound vs. the HiBy R3 and has tighter more impactful drums. Overall sound definition is best on the QP2R (low gain does well in balanced). Vocals are also cleaner and clearer on the QP2R. It’s most impressive sounding on the QP2R. DAP quality does make a difference.

Bass has good depth and treble has good sprightliness on Roger Waters – Watching TV. The chimes have nice twinkle to them. Roger Waters voice is forward and nicely resolved with a touch of warmth and sweetness to his voice. When Don Henley comes in, he’s clear and works well with Roger’s voice. The bass has good depth and body, but this will vary according to the fit you are currently achieving. To get the best fit I press in and forward and then leave it with the cable pointing downward and secured in the intertragic notch.

The initial guitar on Macy Gray – The First Time (24-192, binaural) is carried with great sweetness. Cymbal shimmer is nicely resolved with good texture. Bass is nicely rounded. Macy’s voice comes across as breathy with a touch of sweetness, it isn’t a bad representation. Stage depth isn’t laid out in huge manner, but stage width is good.

Kraftwerk – Autobahn (24-96 vinyl rip) doesn’t have the stage height that the track can produce, but it does have nice tone on the synths, with a touch of warmth that is pleasant and not overdone. In general, I’m not a big warmth guy, but it is nice for a relaxing listen and works well with certain types of music. Vocals are warm, but still clear.

The driver on the BLD is capable of generating some big bass with depth if fit is right. If I press in on the buds on 2Pac – God Bless the Dead (16/44), the bass goes proper hip-hop big, but it’s mostly a function of additional loudness, not seal. It’s a distance from ear-drum function, not a fit function. The bass is present and extends well, but isn’t a bass cannon tuning by any means.

Piano twinkles nicely with good sustain while listening to Why? – Strawberries (16/44). Glockenspiel, while forward, is also softened slightly. The metal chimes sparkle happily, but have a little less sustain than I’d expect making them sound a touch lean. Mids are clear with a proper amount of nasal quality to Yoni Wolf’s voice without his voice being over-sweetened. It’s a fine job.

Drums have nice impact, but without the aggressive machine gun shot power that you get with more reference tunings on The Beats, Man – Babies’ Broken Beats (16/44). The BLD has a gentleness to the sound that should allow make it approachable by all-comers. It has good detail and clarity while taming aggressive elements in music for a soft and inviting listen. It is imminently listenable and something that I think many will enjoy. 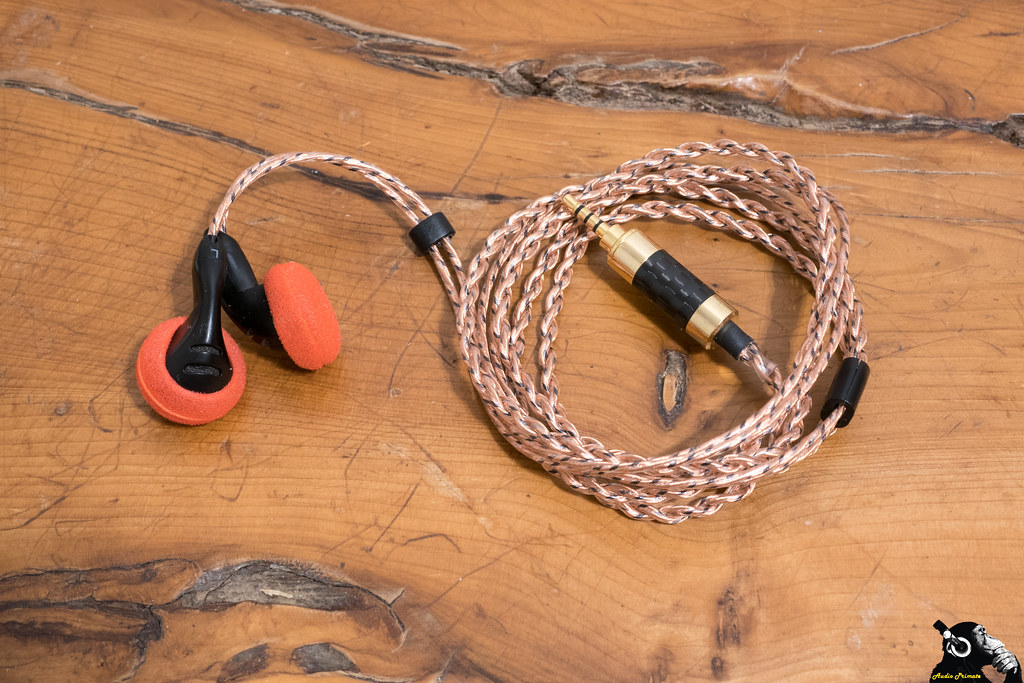