The TFZ Series 2 was provided by Penon Audio. I do not have to return the IEM. I have not been compensated. The opinions presented are my own. 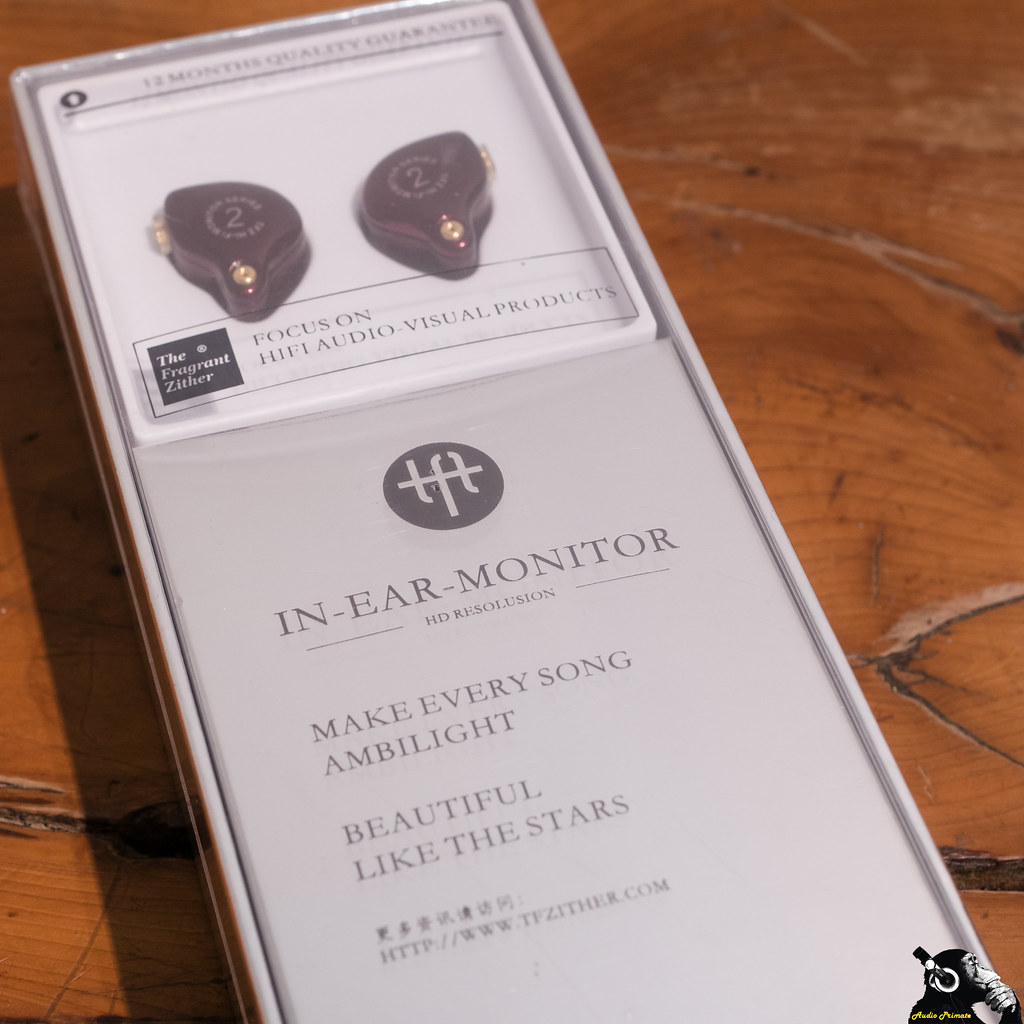 The box is long. It’s so long that I couldn’t fit it in a reasonably sized image. It has some interesting elements. What the heck is ambilight (this, apparently)? What is the name of the company even talking about? The Fragrant Zither (TFZ), leaves me clueless, clutching at straws. Does the name mean MADNESS!?

A damsel with a dulcimer
In a vision once I saw:
It was an Abyssinian maid
And on her dulcimer she played,
Singing of Mount Abora.
Could I revive within me
Her symphony and song,
To such a deep delight ’twould win me,
That with music loud and long,
I would build that dome in air,
That sunny dome! those caves of ice!
And all who heard should see them there,
And all should cry, Beware! Beware!
His flashing eyes, his floating hair!
Weave a circle round him thrice,
And close your eyes with holy dread
For he on honey-dew hath fed,
And drunk the milk of Paradise.
—Excerpt from Kubla Khan, by Samuel Taylor Coleridge. Inspired by an opium dream.

First, I like the package. It’s idiosyncratic. A big oblong sucker. I do wonder if they tested the text with a western audience, though. Weird ad-lines on the back too. These, maybe aren’t so weird in Chinese. 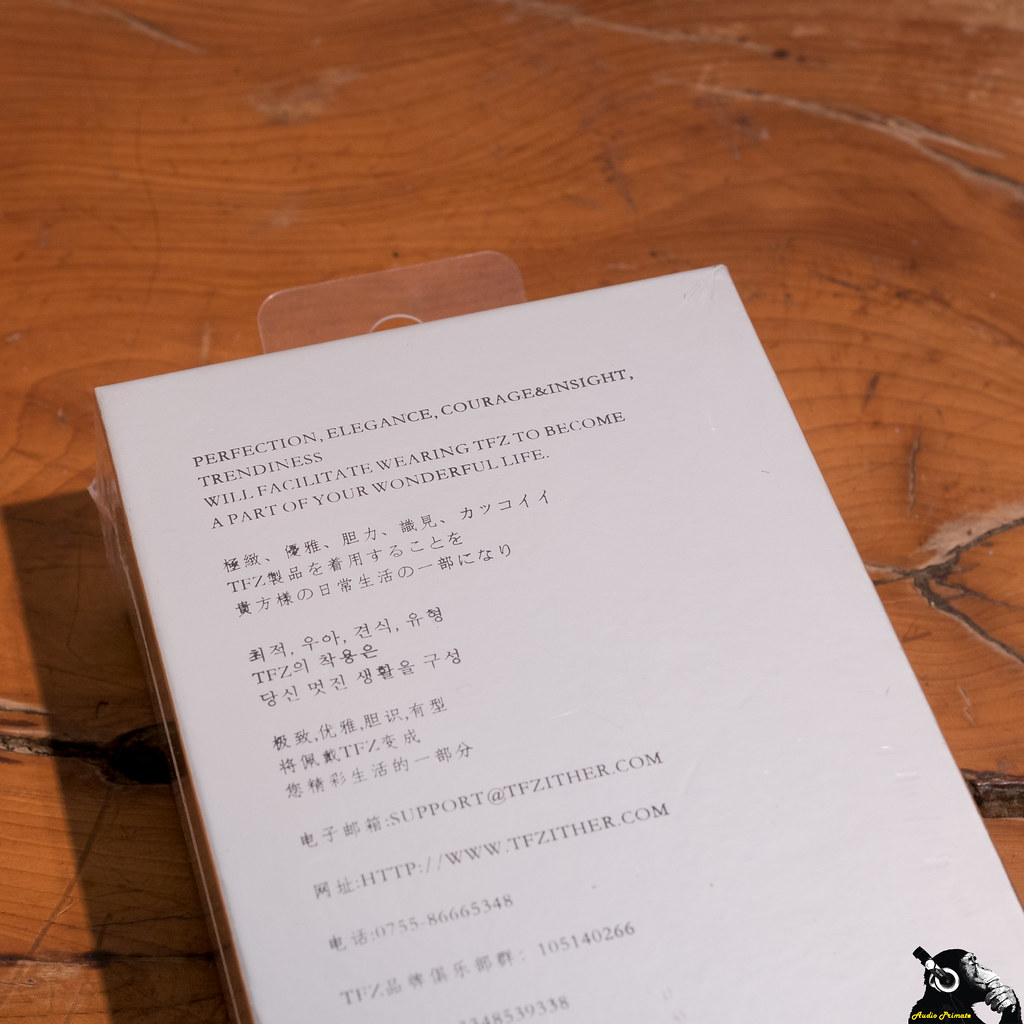 Inside the box we have the earpieces in a plastic square settee. It holds them fine. The earpieces themselves, in my case are a lovely wine red. They appear to have some porting at the bottom of the shell, which is probably wise given that inside these is a 12mm graphene composite coated single dynamic driver. As can be seen in the picture, they also come with detachable two-pin cables. Unlike KZ IEMs, these budget friendly TFZ IEMs use the universal 0.78mm pin size, so you can get basically any 2-pin cable and use it with these. However, at this price, I think most customers will stick with the included cable. 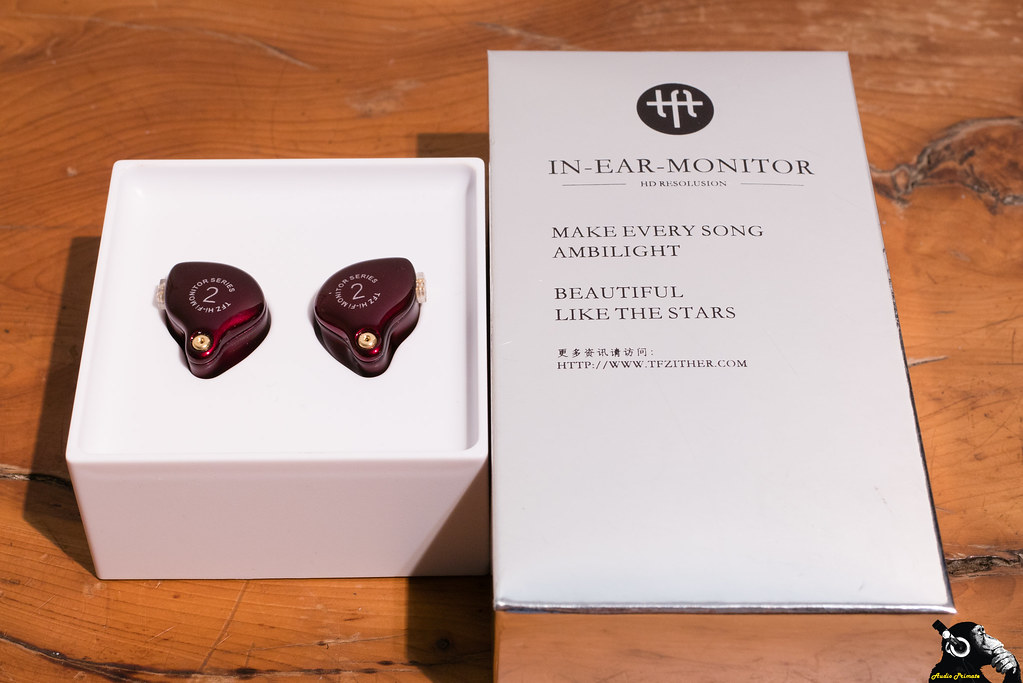 About that included cable, it’s okay. It’s a black, double twisted (not braided, that’s different) cable with decent size, and good connectors at the earpiece side. The earpieces have pin connector that is just a little ways out, so the cable has a sleeve that goes around the little nub sticking out of the earpieces. This is good design and should lead to a more mechanically stable connection. On the other end, the plug is fat and chunky with a very small extension that won’t allow it to plug into any phones with more than the thinnest of cases around the headphone jack. This is dumb. If they’d done 3mm more, they’d be fine for every cell phone case, basically. I have intermittent connections on my LG V30 because the plug fights with my thin TPU case. On my old phone with a more robust case, I couldn’t use the TFZ Series 2 without the case off. The cable has no microphone, and a pretty standard y-split. The inclusion of a cable wrap is welcome. The earguides are lightweight and comfortable. The way TFZ does these earguides is actually how I prefer it done. Good on ya! 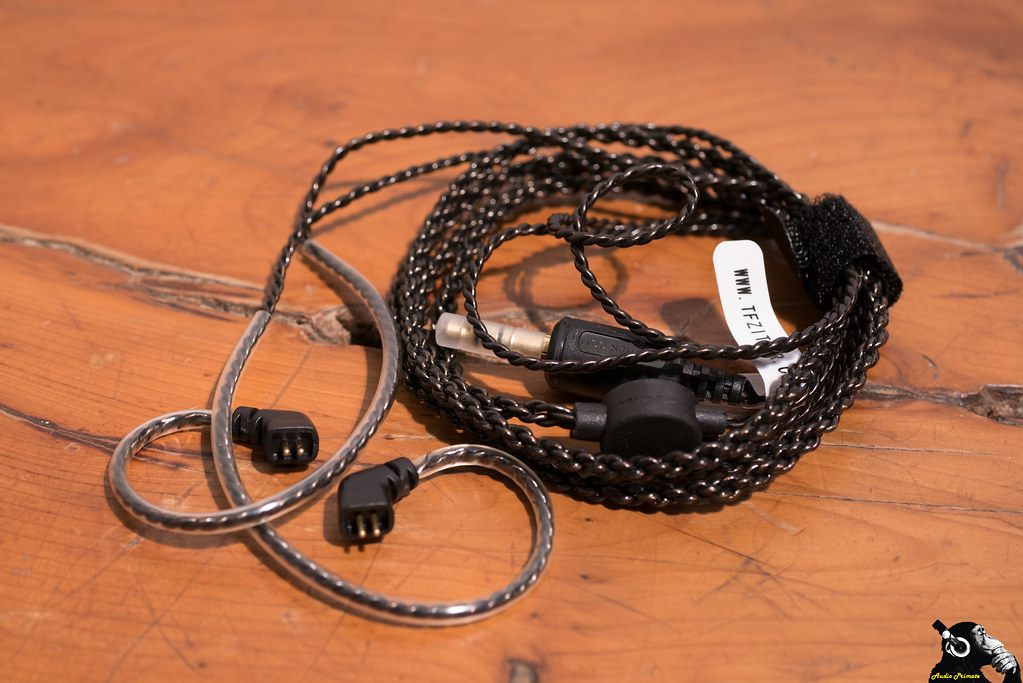 The nozzle of the earpiece has a metal grille rather than a metal mesh, which should be resistant to damage. I’ve accidentally poked metal meshes in the past, and I can tell you that a glued on metal mesh is not easy to repair and the empty bore behind it looks terrible. This approach is better. 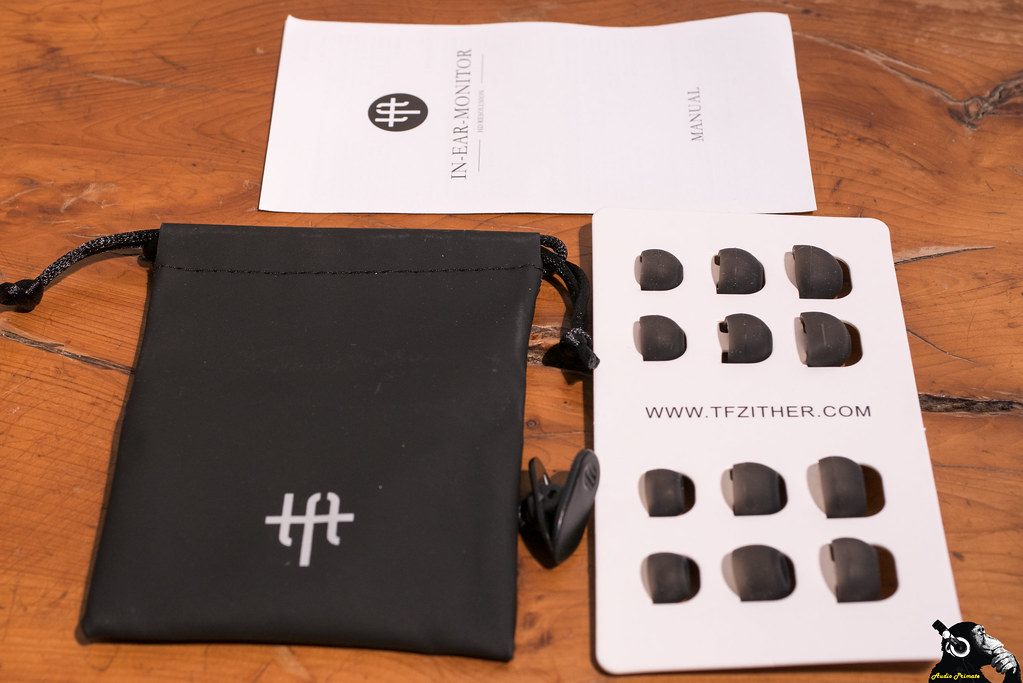 The other accessories are alright. You get six pairs of silicone tips (no foamies). You get a soft pvc pouch with their logo on it and a clothes clip. I would have preferred a more durable case, but I’ve beat that drum enough.

The TFZ fit fine in my ear and the cable is comfortable. The included tips work fine. Good to go!

I thought I was good to go. When I went to do my full on sound impressions I lost sound in my left earpiece. I switched to a different inexpensive 2-pin cable, the one that comes with the Shozy-AAW Hibiki Mk.2. It’s an inexpensive and good cable from an IEM in roughly the same price range (about $60). I think the cable is actually an improvement sonically, more body. It’s unfortunate that the cable that came with the Series 2 was not terribly well made, it will definitely affect the rankings.

As usual, I’ve not burned these in. I have listened to them for about 15-20 hours. These are dynamic driver in-ears, so sound very well could still change. I’m prepared to change what I think about them later. I’m still holding the position that most folks won’t actually go through burning in their headphones in an objective way. They’ll listen to them, which will give brain burn-in as well as mechanical burn in and it will be nearly impossible to tell the difference. If you want to actually tell the difference, take some observations of initial sound with reference tracks, throw them in a drawer with your burn-in routine, and then bring them back out for the same tracks. There’s still flaws in the method:

Since I’m not buying two of any of these, and neither are most consumers, observations about burn in are anecdotal at best, so if you want to do it, at least control some things, like your own perception of the IEMs. Don’t give yourself enough time to get used to them.

The sources for listening were the HiBy R3 and LG V30. I think most folks would be listening out of affordable players or their phone. The LG V30 is widely regarded as one of the best, if not the best, sounding phone. The HiBy R3 has a touch-screen, Bluetooth & WiFi, Tidal, a good form factor and great sound at a very good price ($239). As noted above, I had to switch cables due to what was likely a soldering fault on the 3.5mm jack, so these impressions aren’t pure. 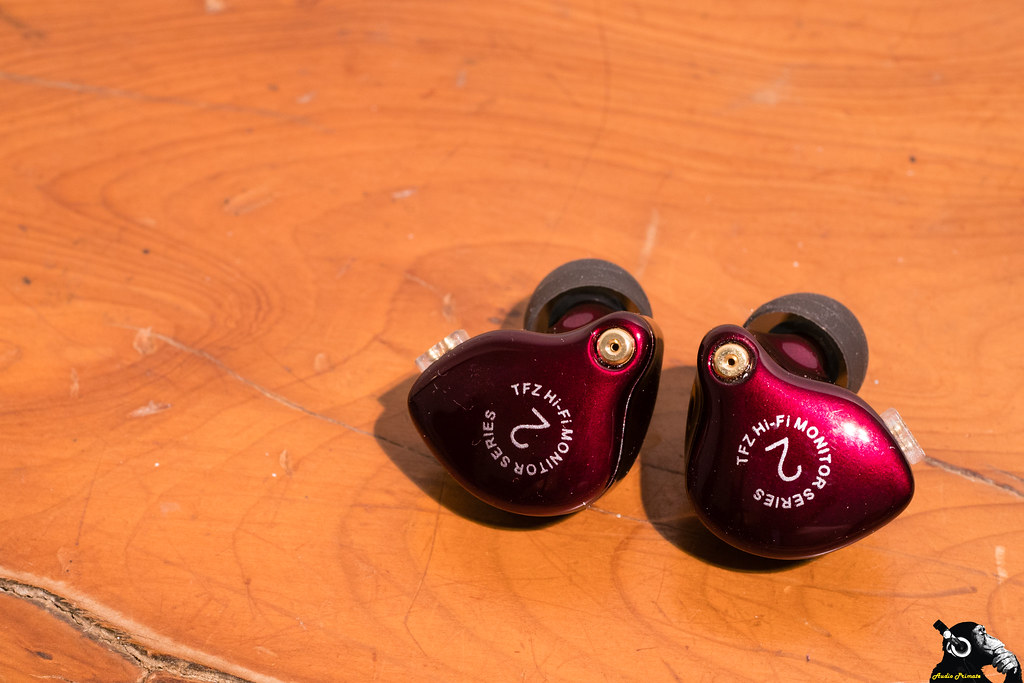 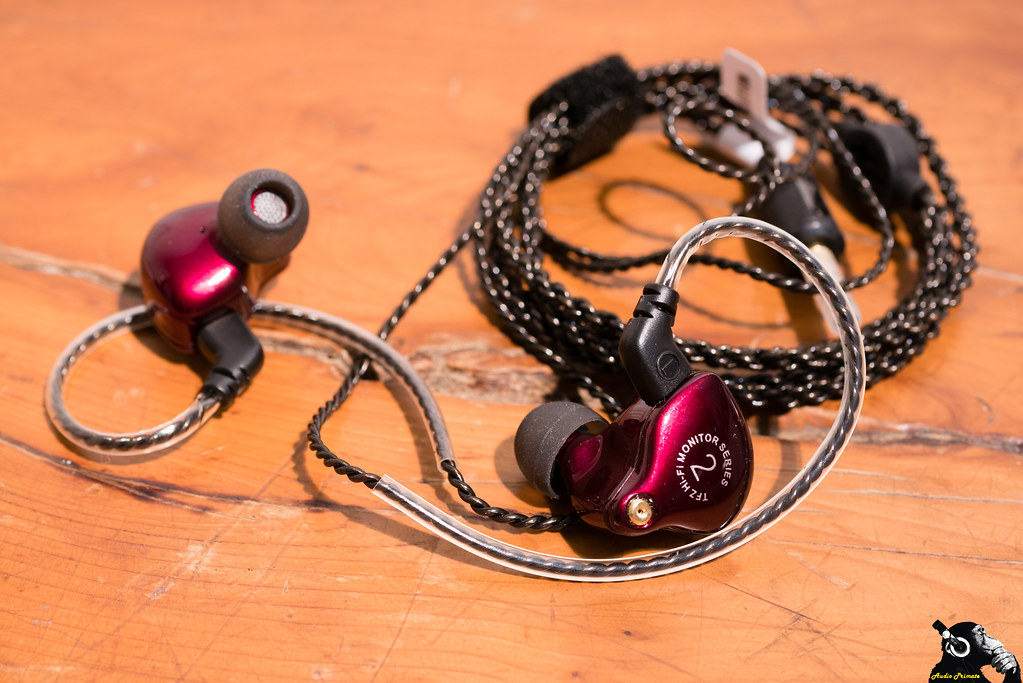