The FiiO F1 comes in a pretty standard retail box, picture on the front, specs on the back. This one comes with extra QR codes, oooh modern. I had a bit of difficulty getting the inner tray out of the box, as it is very tightly packed in. I actually ended up having to rip the top, which is why you don’t see a shot of the internals here. 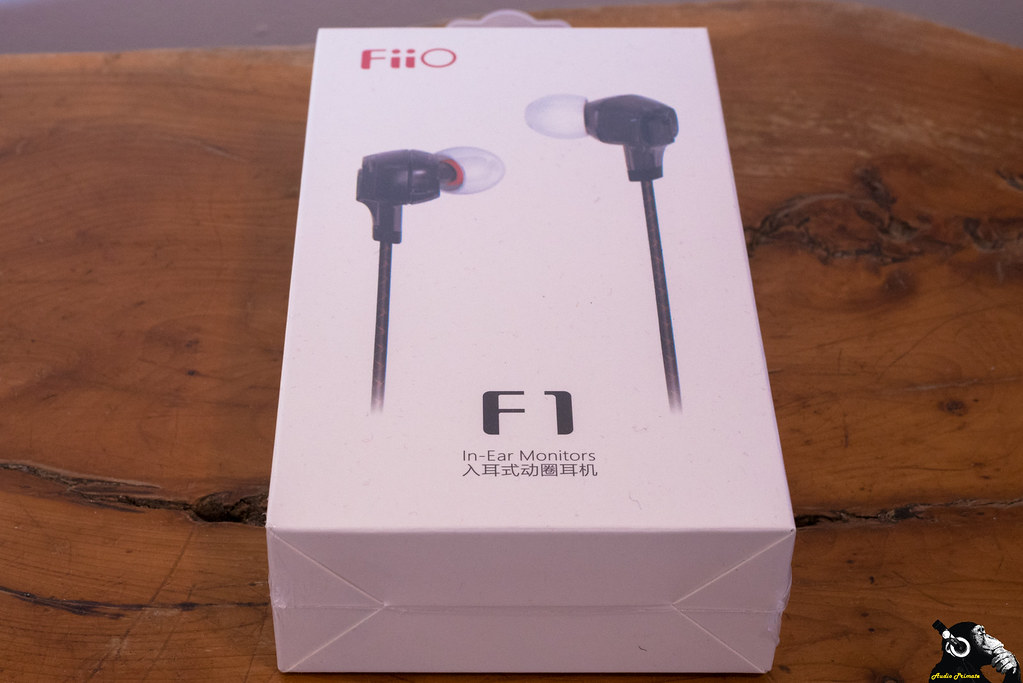 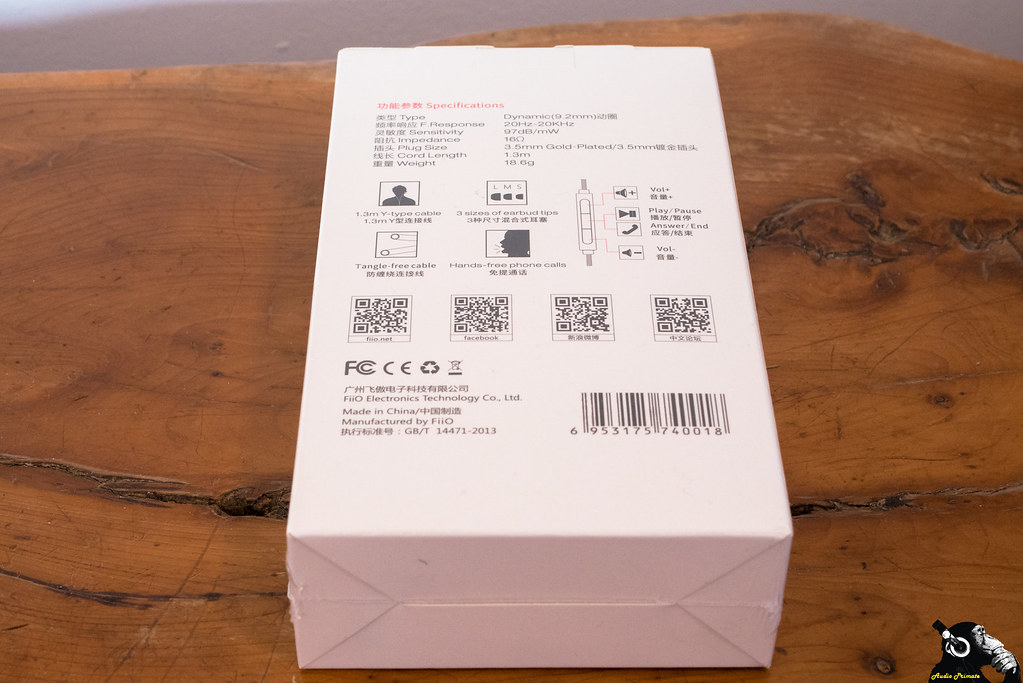 The internal tray is made of good density white cardboard. At the top of the box there is an off-white foam insert where the IEMs and the in-line remote are displayed with wires behind the insert, along with the warranty card. The cable comes complete with a silicone cable wrap, nice. I like cable wraps a lot as they prevent tangling. I’ve seen very high end IEMs that don’t include a cable wrap. In the bottom of the internal tray there is a heavy card flap that conceals the semi-hard included case with 3 extra sets of silicone tips inside (S/M/L). Inclusion of a semi-hard case or hard case should be done by everyone. There really is no excuse for not spending the few extra pennies. Most members of the $50 shootout failed miserably at providing adequate cases. 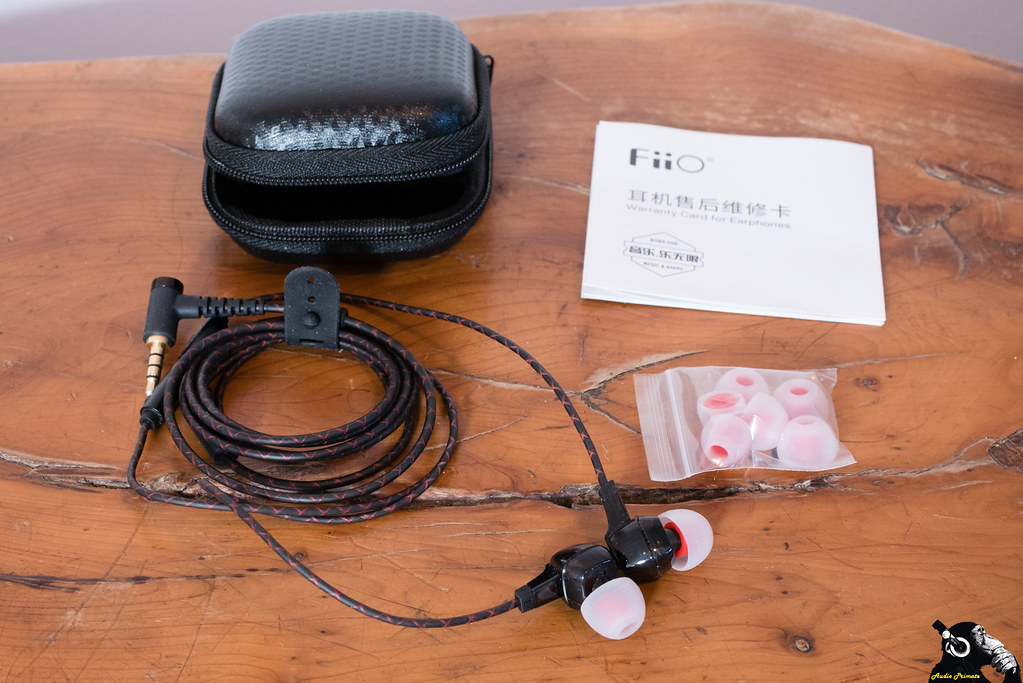 The IEMs have a right angle jack that fits fine through cell phone cases. The strain relief on the jack is long and flexible and the housing is a dense plastic. It looks durable. There is some strain relief at the capsule (the actual IEM), but it isn’t terribly reassuring. The strain relief is internal to a plastic extension with a tiny nub sticking out at the end. 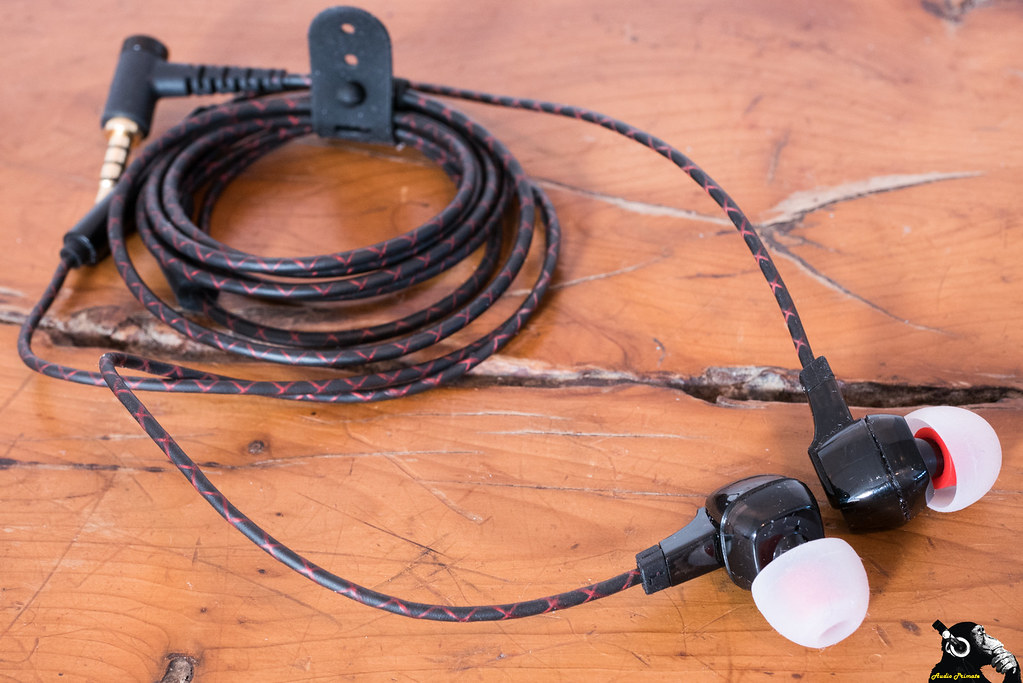 The capsules themselves are made of two pieces of plastic with a pronounced seam line. The nozzles are also made of plastic. The bore is wide. They don’t feel very tough. The included silicone tips have a wide bore and a very soft feel. The microphone is a 3 button variety encased in an aluminum housing, it’s very well built. Fit is comfortable enough in the ear. The medium tips are a bit on the larger side of medium. 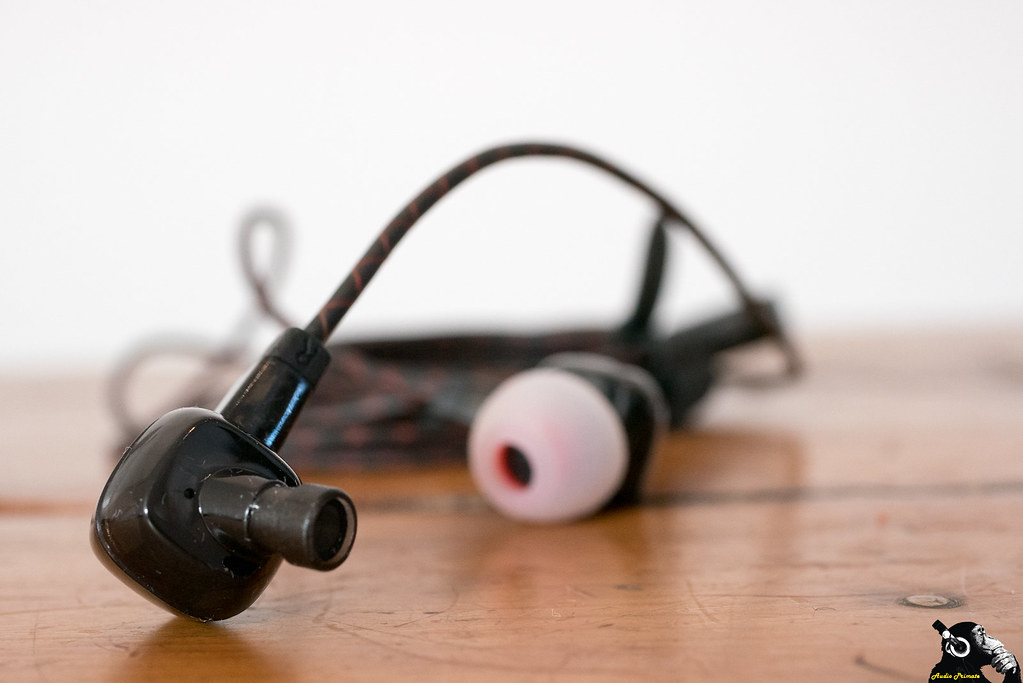 As usual, I’ve not burned these in, so impressions may change for the final face-off. These are virginal, right out of the box. One advantage of this approach is everyone reading will know what the effect of burn-in is on these IEMs. I’ve seen no difference, and big differences in the two shootouts ($25 and $50). The source for listening will be the HiBy R3. I’d use a cell phone, like most people, but the volume control on my phone has 16 steps, and to quote Jeff Goldblum:

My phone (Asus Zenfone 3) has good audio quality, but without fine volume control, it is hard to hit a headphone’s sweet spot on volume and I’ll often listen a little too loud, which distorts impressions. I’ve chosen the HiBy R3 as the source because it has low output impedance and sounds good at a good price ($229). A Shanling M0 ($109) would probably be the ideal for the shootout, but I don’t have one.

The accessories are nicely done at this price, but I’m not too sure about the sound. We’ll see what they are like after burn-in. 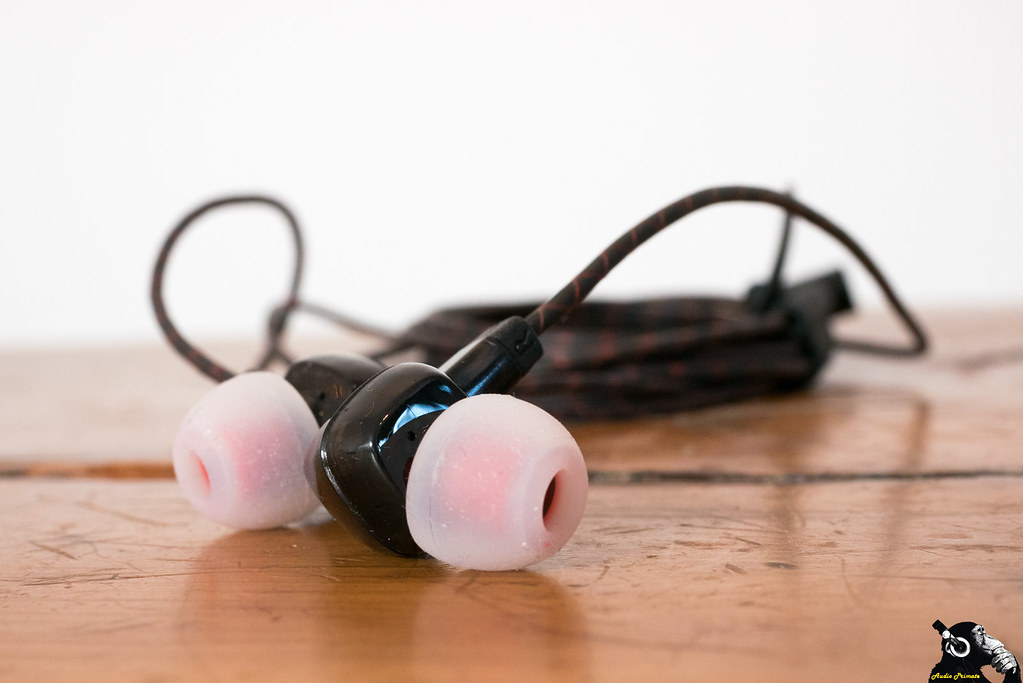