Yep, it’s another earbud, and this one might be the most famous earbud outside of the ones that come with an iPhone. The VE Monk+ are made by Venture Electronics, the baby of Wild Lee, as he’s known on Facebook. Venture Electronics has quite a following because Lee tells it how he sees it and he makes stuff that sounds good with a minimum amount of advertising puffery, and a complete lack of weasel words. He’s refreshing. He’ll also kick your butt verbally if you talk trash on his turf.

I was introduced to Wild Lee by nmatheis, a cool dude in his own right who also introduced me to Shanling, another good company. Further further disclosure, my buddy Aornic is the UK distributor for Venture Electronics, so even though I bought these red Monks off of Massdrop, the link below is to my bud’s UK amazon shop. You can also buy direct from Venture Electronics, but I like supporting local businesses from time to time. Your money, your choice.

So you might go into this thinking that I’m biased for this earbud that can be had for as little as $5 for just a basic one without the EX-pack (a must for me). I’m not. I’ve never really been a fan of earbuds, but I’m willing to try out stuff that others like even if the fit is generally maddening to me. I’m going to keep this in the tradition of Wild Lee’s straight talk. No BS here. I’ll tell you what I like. I’ll tell you what sucks. I’ll also tell you that this is probably one of the better values in the world of Head-Fi at $5, if the fit with the normal stuff is right for you.

First things first, there is no box. These come in a baggy. After multiple lost or stolen electronic devices containing photos, I have no idea where my initial photos of the baggy these come in is, so I’ve stolen an image from the interwebs, complete with link to the review.

Maybe I’m just sick in the head, but I think there’s something dirty there. I’m reading between the lines and the naked Wild Lee cartoon. Might just be me, but seems a little crack of something showing there. He also calls them the best 5USD “Trap” ever. Use Google.

Inside the basic package there are 4 sets of low density covers. These never seem to fit very well for me. I’m always having them fall out of my ear, or constantly having to readjust them. Because of fit, bass performance for me is often not what it is for other folks, I think.

The EX Pack includes two sets of silicone wings to affix into your ears, some plastic rubber rings in black and white (better grip than bare plastic earbud), thick donut rings,  thin foams and thick foams. Pic stolen from Head-Fi below. I have to confess that the EX Pack I got was from Wild Lee, I didn’t buy it.

I view the EX Pack as an essential add-on, as my fit struggles with the earbuds are mostly solved by the small silicone wings. Problem is, I probably like the sound most with the donut rings. The sound is still good with the wings, just a bit harder and brighter. The EX Pack gives a lot of fit and sound modification options, I’d make sure you get it. The stock covers just aren’t as good.

The build quality is actually pretty good for the price, the shell is a light-weight plastic. The cable has reasonably good girth. There’s a chin slider and a flexible lightweight y-split. I wouldn’t stand on it, and I wish that these were packaged more sensibly.

Lee, for the love of Pete, sell these with a case and the EX Pack.You can still put a silly wrapper on them, but give it a retail hook-hole. 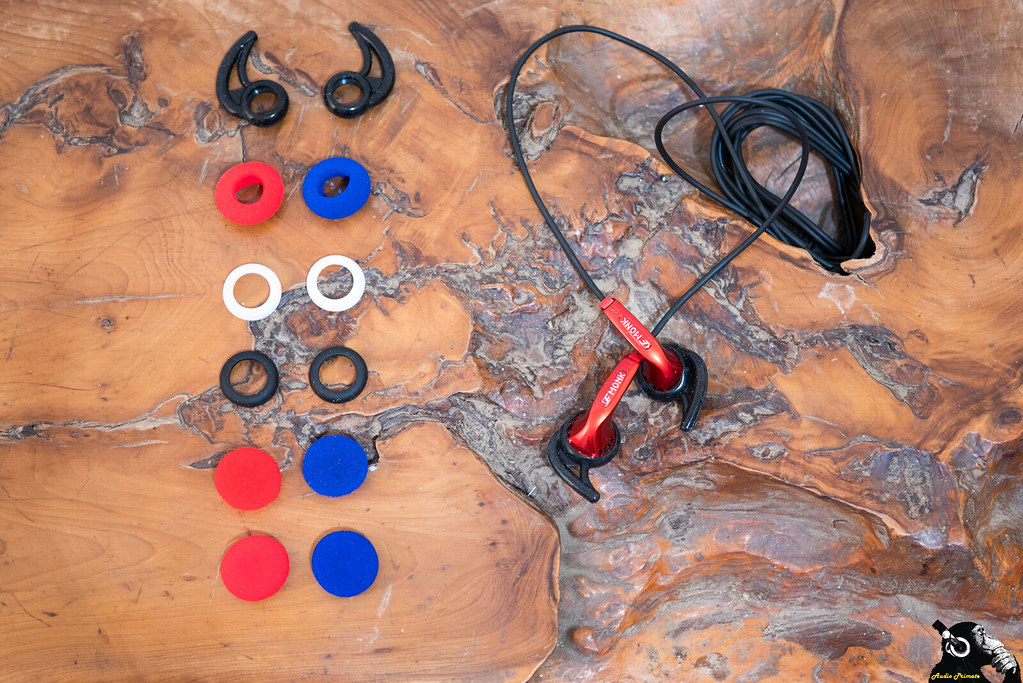 These monks have had over 40 hours of playback, just because I’ve had them for so long, not because I was trying to bias early impressions. When I got these, I didn’t expect to do any reviewing. I just wanted to see what the hype was all about. As will be my norm, my listening impressions are out of the HiBy R3 and the LG V30. Both of them drive the 64Ω Monk+ with plenty of power. The HiBy R3 does need to be in high gain to reach my standard listening level with the Monk+. 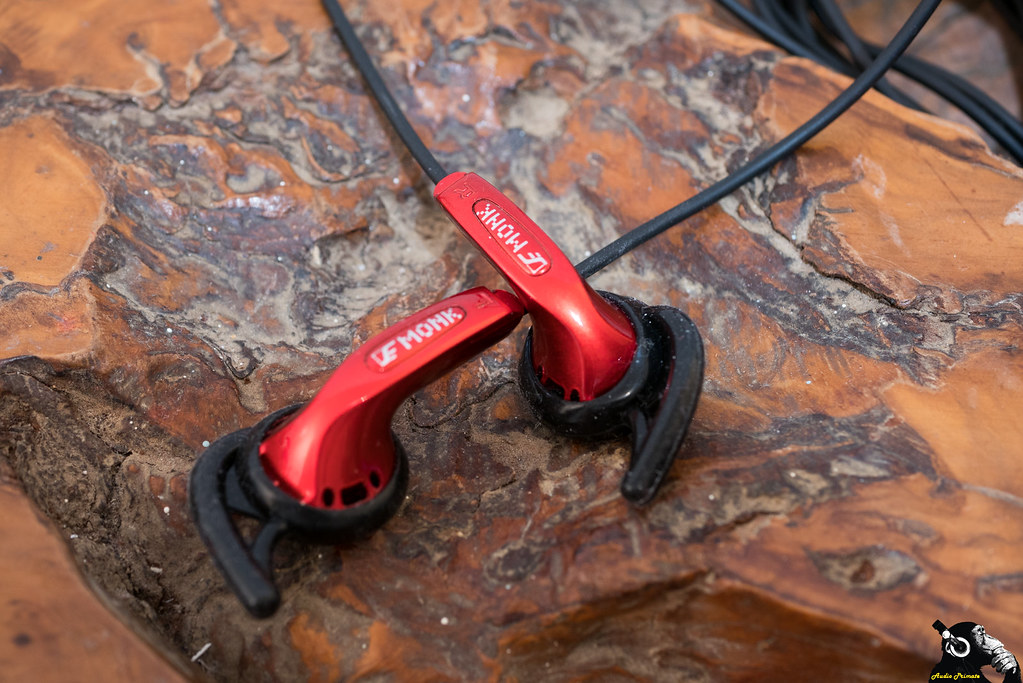