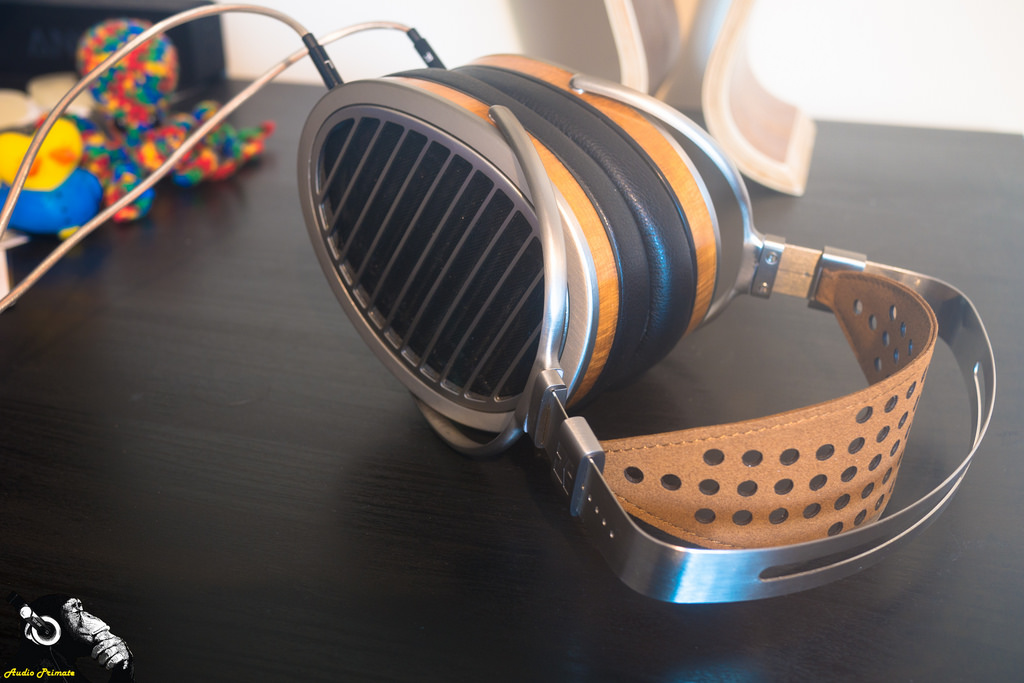 Getting the HE-1000 v2 required some skill, bad luck and good luck. In the recent HiFiMAN HE-1000 International Photo Contest our photo took top place, which won us an EF-6 amplifier. We were stoked.

However, when that EF-6 came, there was something wrong with it. It is also the case that HiFiMAN didn’t have an EF-6 to replace it—I think it is actually discontinued and they are waiting to announce the replacement. So I was left without a prize, momentarily.

The customer service folks at HiFiMAN swung into action and offered me an exchange, so I’ve ended up with a former demo HE-1000 v2 instead of an EF-6 amplifier. Good trade. Very good trade. I’m crapping my pants that trade is so good. Of course there is the stipulation that I have to review it. No problem there.

This post will give some early impressions and some sexy unboxing photos. This headphone is £2599 and looks every bit of it. 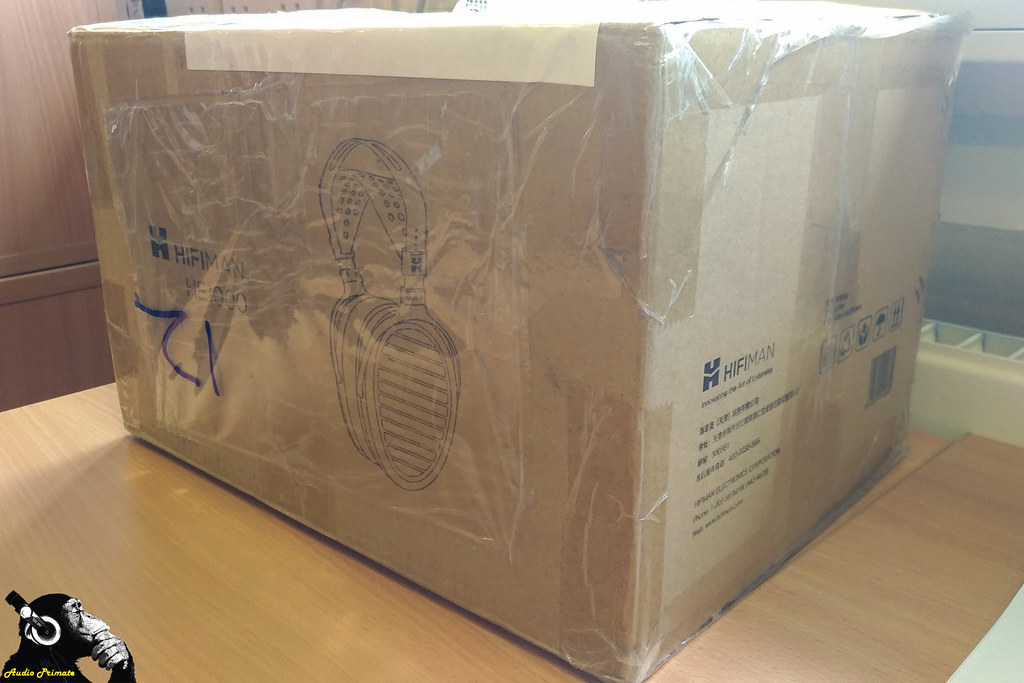 HiFiMAN boxes are famously plain. Most products don’t have a retail sleeve, per se. I’ve previously bought the HE-560 and the box looks basically the same. Inside, however there is fancy-looking storage box. The box is exactly the same box that the HE-1000 v1 came with. 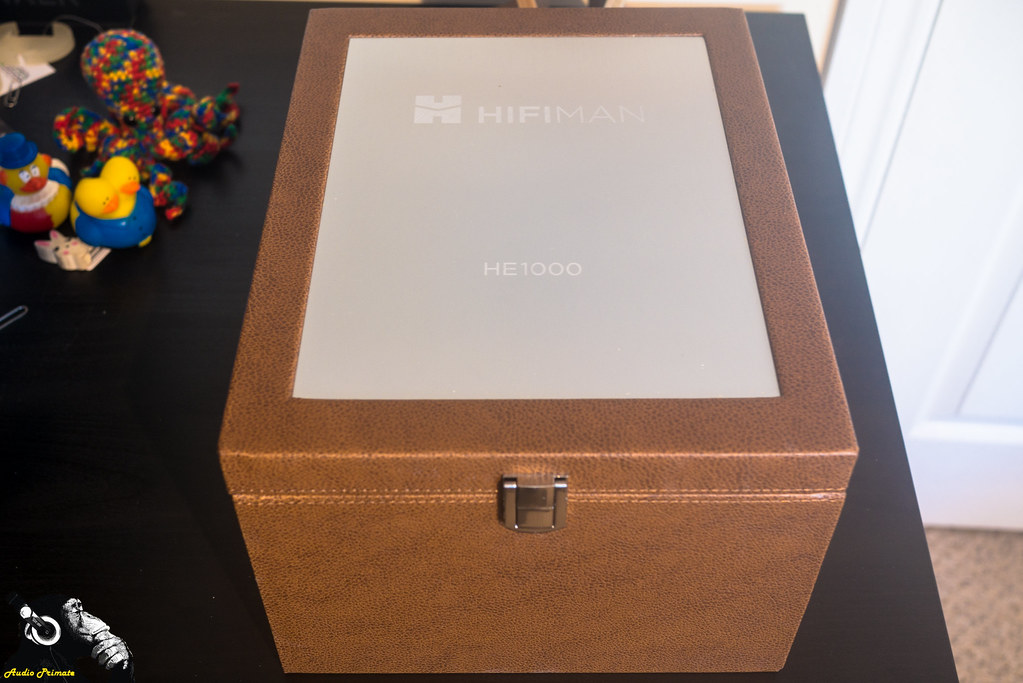 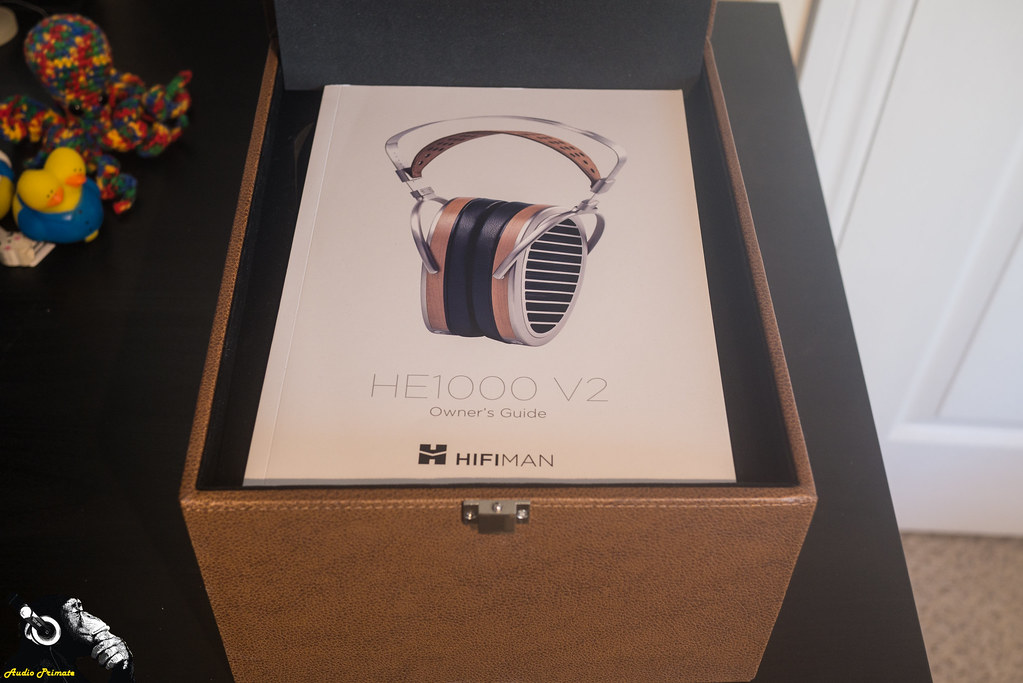 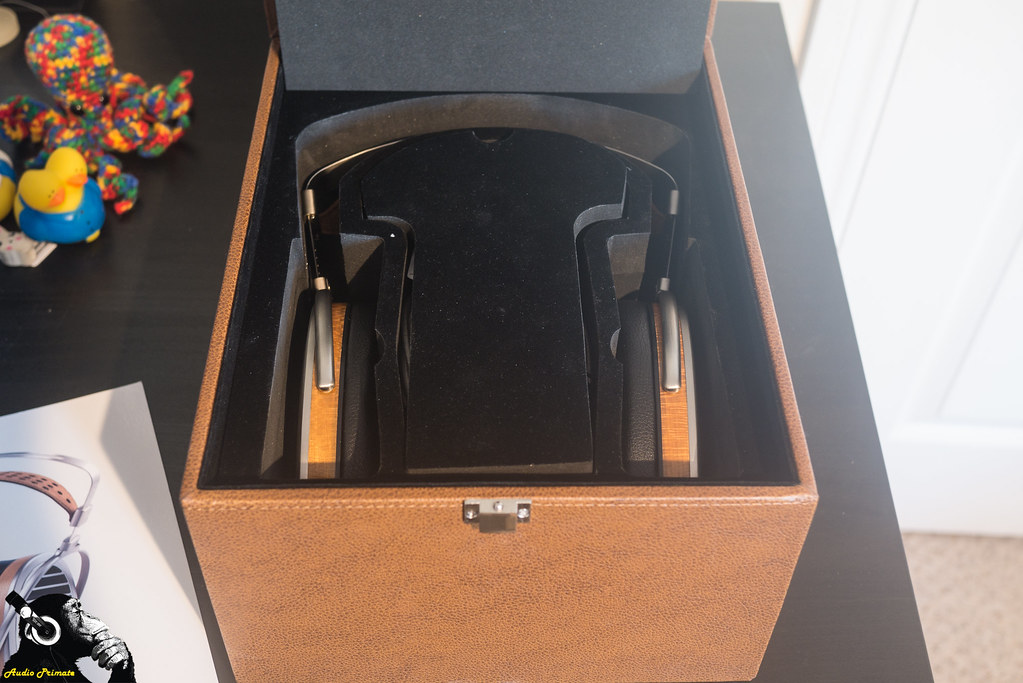 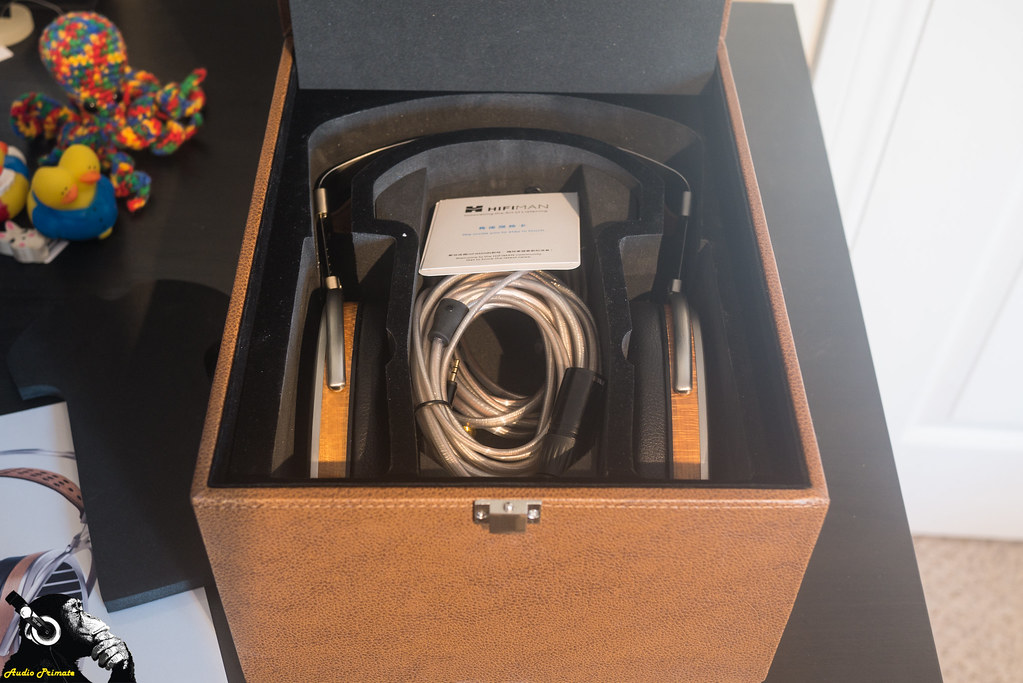 The HE-1000 v2 comes with three springy cables, a 3m balanced 4-pin XLR cable, and single-ended cables with 6.3mm (3m) and 3.5mm (1.2m) terminations. The cables look durable but not exceptionally well-built. This kind of headphone calls for a nicer looking cable, I’m hoping to have one soon. 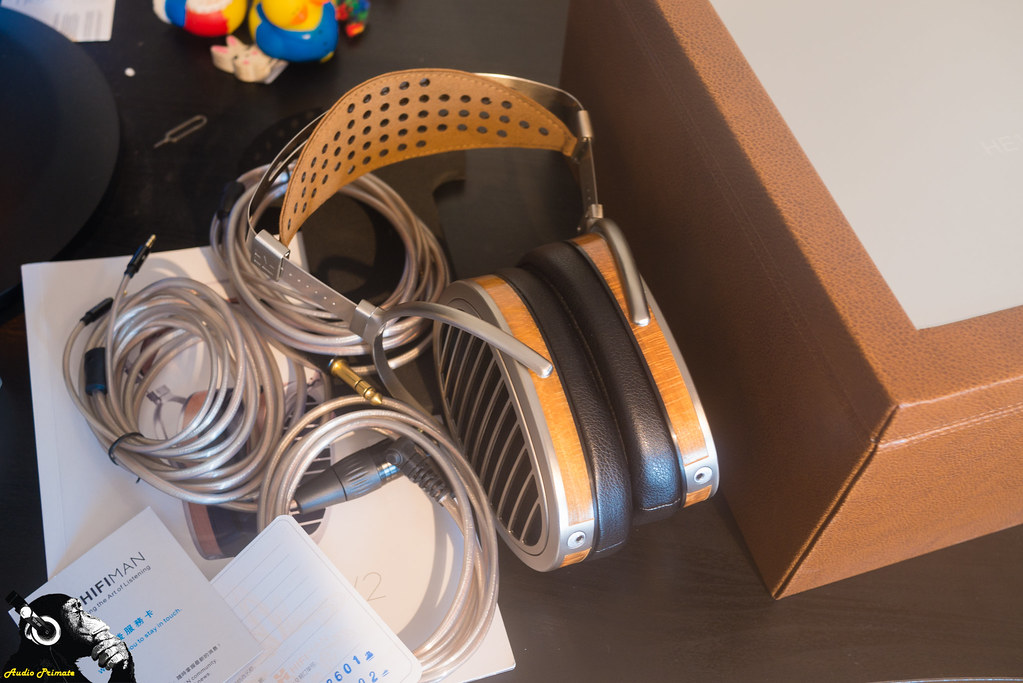 This is all of the contents of the non-descript box. Except the toys and erasers at the top. Those are all me. 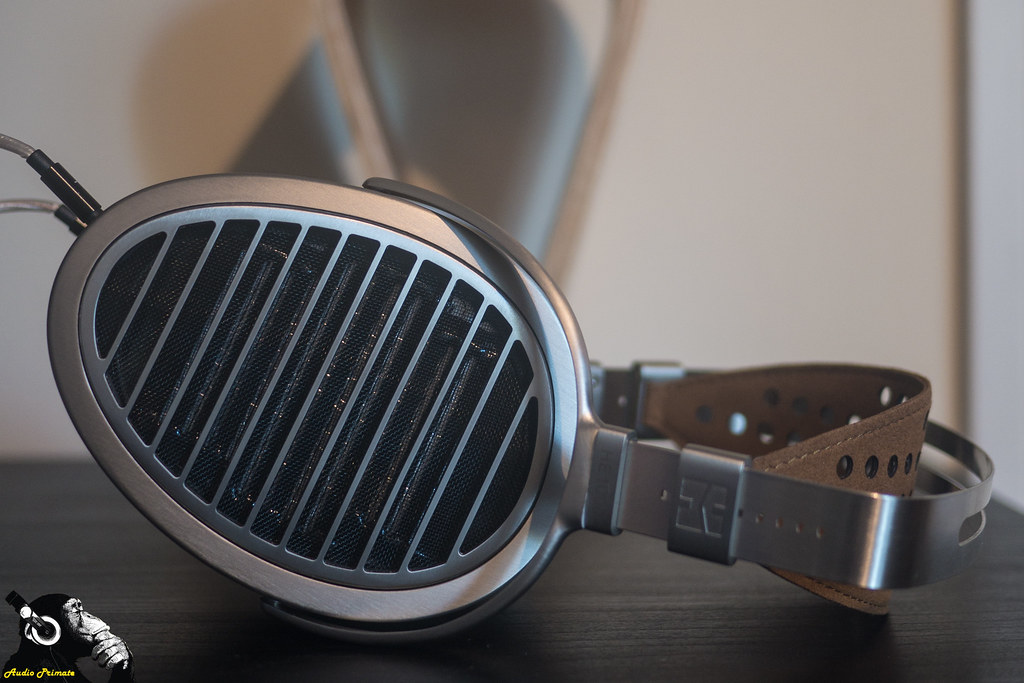 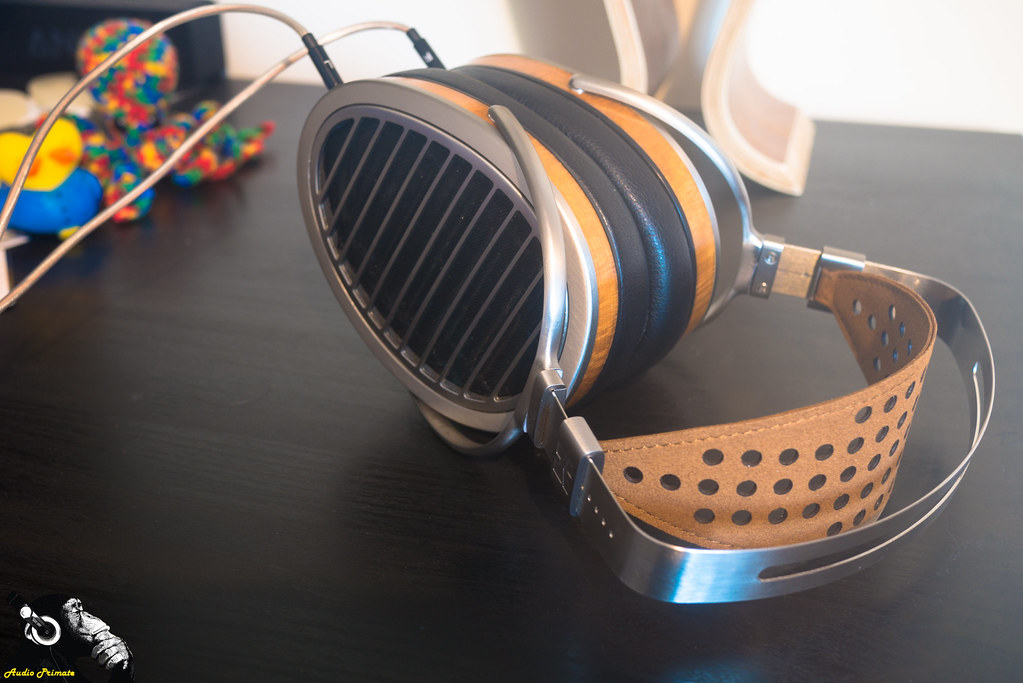 The intro for Densha Otoko above using ELO – Twilight off of Time. It’s a great Japanese show about defying norms and star-crossed romance with an assist from wonderful people on the internet. The show is goofy and wonderful and more than a little sappy. The closing music with Sambomaster is pretty excellent too.

This is what listening to these songs did for my daughter.

2 thoughts on “HiFiMAN HE-1000 v2: unboxing and first impressions”