Cons: Android in name only, did not successfully scan all tags, operating system not fully featured

Thanks Tony at HiFi Headphones for letting me participate in the UK tour of the Audio-Opus Opus #1. It was fun as always.

An early version of this review appeared on Head-Fi, about one year ago. This review has been updated for content and form.

Like many of you, I had no idea who Audio-Opus were before reviews of the Opus #1 started showing up on Head-Fi. The Opus #1 is their first player. In this player they’ve kept it simple, no big bells and whistles on this Android based player. Since releasing the Opus #1 they’ve released their flagship Opus #2 and their newest mid-tier entry, the Opus #3, along with their portable DAC/Amp the Opus #11.

Before I put forward my opinions in review form, I like to warn people: I may hold different opinions and preferences to you. I advise checking my audiobiography, to get an idea of where are commonalities and differences may lie.

The Opus #1 comes in simple black paper packaging with premium paper. The player is on the top surrounded by high quality foam, with an envelope containing a screen protector and quick start-up operating instructions below. The quick startup guide is basic. For further direction the full user manual can be acquired at audio-opus.com. Below this is a compartment containing the USB charging cable. The review Opus #1 came with a Dignis leather case, and it is a beauty. It is a separate purchase that every Opus #1 buyer should make, hence the copious amount of pictures. 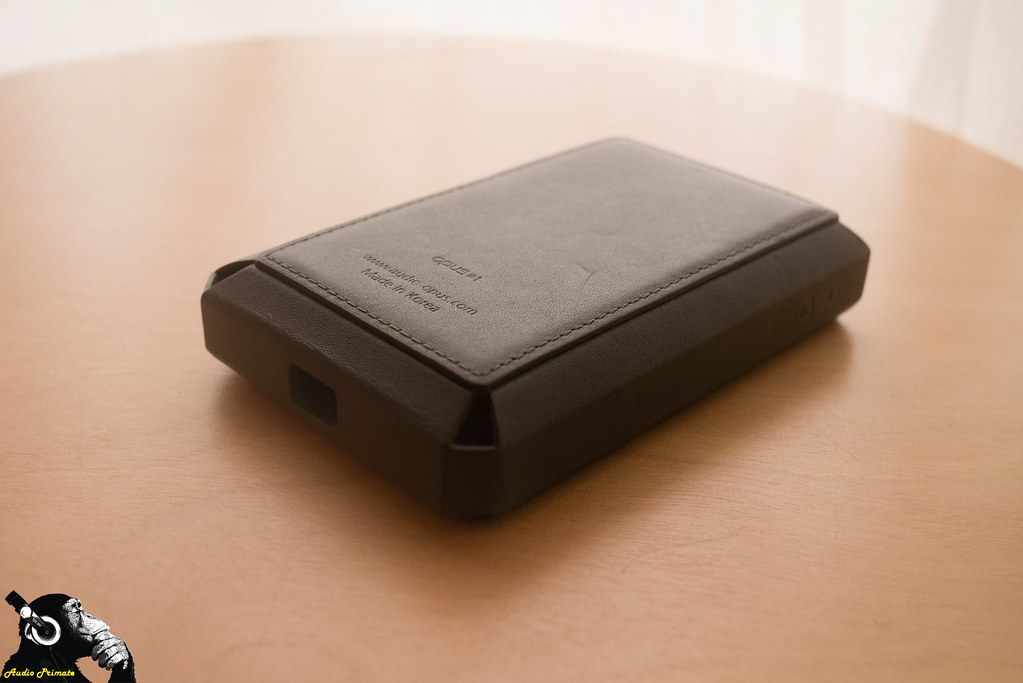 The Opus #1 is made of high quality plastic and feels reassuringly weighty in hand. No screws could be identified on the body, and the construction looks and feels fairly bombproof as plastics go. It has hardware buttons for power, volume control and skipping backwards and forwards along with software related buttons on the touch screen. I found the buttons to be a bit small, though well responsive. I would double their size to make it easier to press them in pocket. The Opus #1 review unit came with the super sexy grey Dignis leather case. The case has sturdy padding and grip so that the Opus #1 is very hard to remove once it is in, which doesn’t help put in newly filled memory cards. Be careful when pulling the player out of the case, as it would be easy to shoot the player across the room with the force required. The hardware buttons work well through the side panels of the case and it looks very nice with it on. It is worth the £49 admission price. 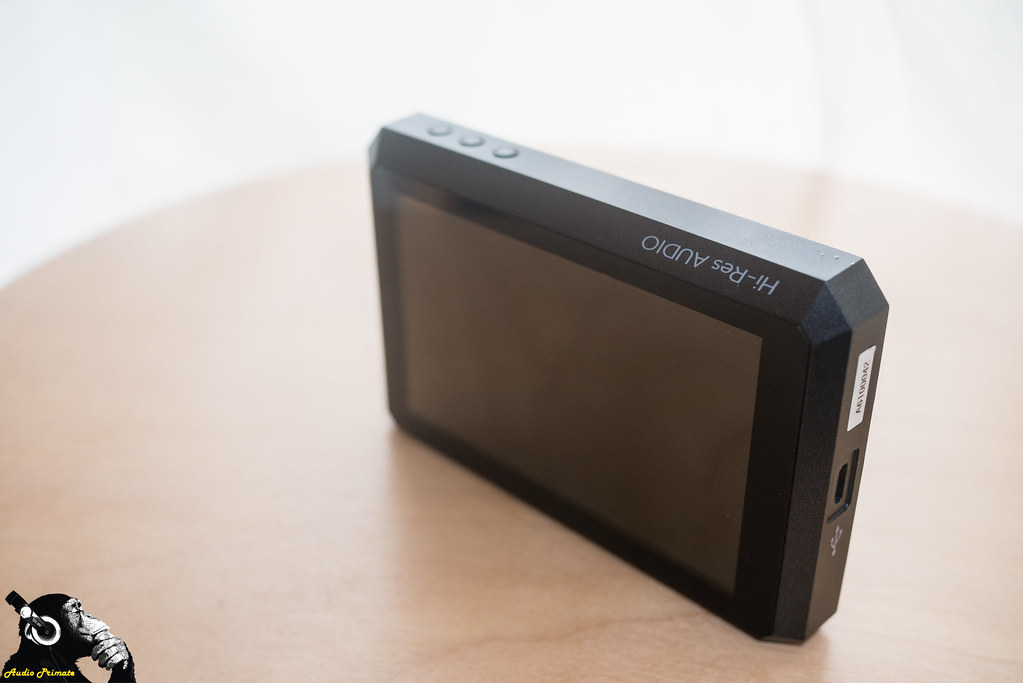 I would normally do a battery drain test on new DAPs that I review, but I was unable to do that this time. I can say that I got over the 10 hours of time that were stated in the specifications. The Opus #1 also has a ridiculously effective sleep mode. I kept forgetting to turn it off, and it instantly woke up having used next to no battery. I was very impressed with this function. However, the battery life meter did not appear to be linear, when it gets down to one bar, it appears to decline more rapidly than the previous three bars of power.

I didn’t get an opportunity to test the optical line-out capability of the player, as I didn’t have any optical pieces of equipment on hand.

The operating system is a very walled in Android. It only shares features with Android in that it uses a pull-down menu for settings at the top of the screen. There is no WiFi, no Bluetooth, no apps, no back or menu buttons. After the initial release USB DAC was added, but there is still no USB OTG. There is just the music player app. My initial experience with the scanning showed problems with missing tags. Later firmware have improved this and now problems with tags are minimal. The scanning has a little flashing icon indicating it is working. I dislike this icon, I’d rather that it was solid and then went away.

The operating system works, but it lacks any way to in one button press go from track view to a view where I could see all albums, artists or genres. If I am listening to an album that I’ve pulled up using the Albums navigation, I should be able to hit that Albums menu icon again to get back to the full list of albums, instead, I am treated to the same album. It takes several on screen back button presses to get back to selecting a different album.

I was disappointed that there was no option out of the box to use USB OTG or to use the DAP as an external DAC. Later on, USB DAC was added as a feature. I’m quite happy with this, as USB DAC is one of my favourite features in DAPs. It allows me to have one device travel around with me and work with my varying libraries of music, all bigger than the storage capacity of the DAP. 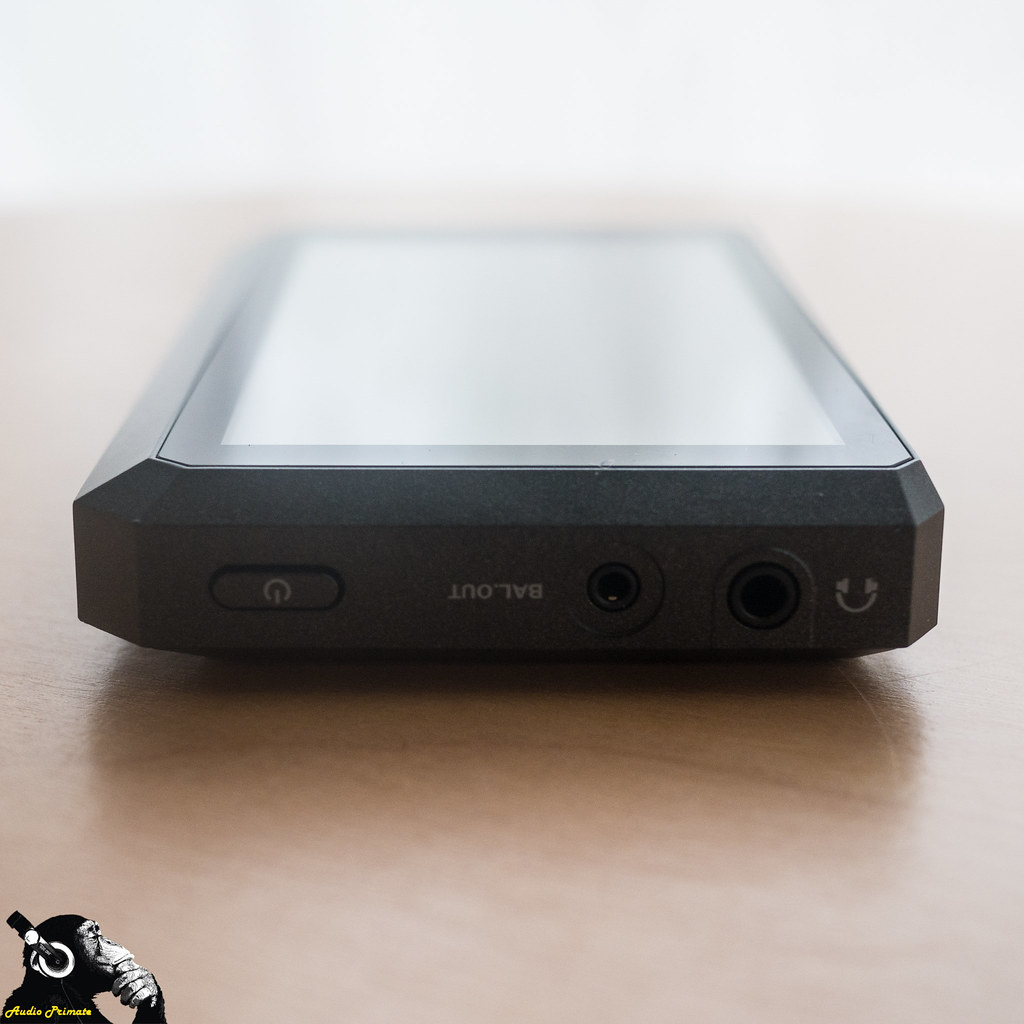 The Audio-Opus Opus #1 has an effortless transparency, revealing like a pane of Macy’s glass peering in on the joy and appeal of an Alberto Vargas pin-up.

What lies beyond this voyeuristic pane is not always perfect; take, for example, vinyl rips. I listened to several vinyl rips on the Opus #1. Vinyl rips have a tendency towards a bit of low broadband noise, even with all the pops and hiss artfully removed by skilled and patient ears. This soft noise can be heard as static, but on most systems and most well recorded vinyl rips this soft noise is muted when the music begins to play or is muted by the self-noise of the player, with the exception of the well-worn first track on side A—this track often exhibits more noise than most. The Opus #1 does not have this self-noise. The background is black as a sea of moonless midnight. I observed similar transparency on the Airist Audio Heron 5 ($1000 5W headphone amp). The Airist Audio Heron 5 has one of the purest, cleanest noise floors of any amplification I’ve heard, so the Opus #1 has pulled off quite a feat in having the amplification so clean and articulate that it is reminiscent of the Airist Audio Heron 5. I don’t have any 2.5mm balanced headphones at this time, so the Opus #1’s transparency was even more impressive at this level.

This clean articulate sound made me do something that I rarely do when listening to my music, I turned it down. At low volumes, all of the articulation is still present, none of the dynamics are muted, no attack edges blunted. I took the Opus #1 on a business trip and let Nick Drake and Iron & Wine serenade me on the planes, trains and automobiles connecting me to my destination.

I did most of my listening with two headphones, the Echobox Finder X1 (black filter) and the Trinity Audio Atlas (orange filter). Both headphones have a bright tonality. I found that bright headphones had the best synergy with the Opus #1, allowing its detail retrieval capabilities to really shine. 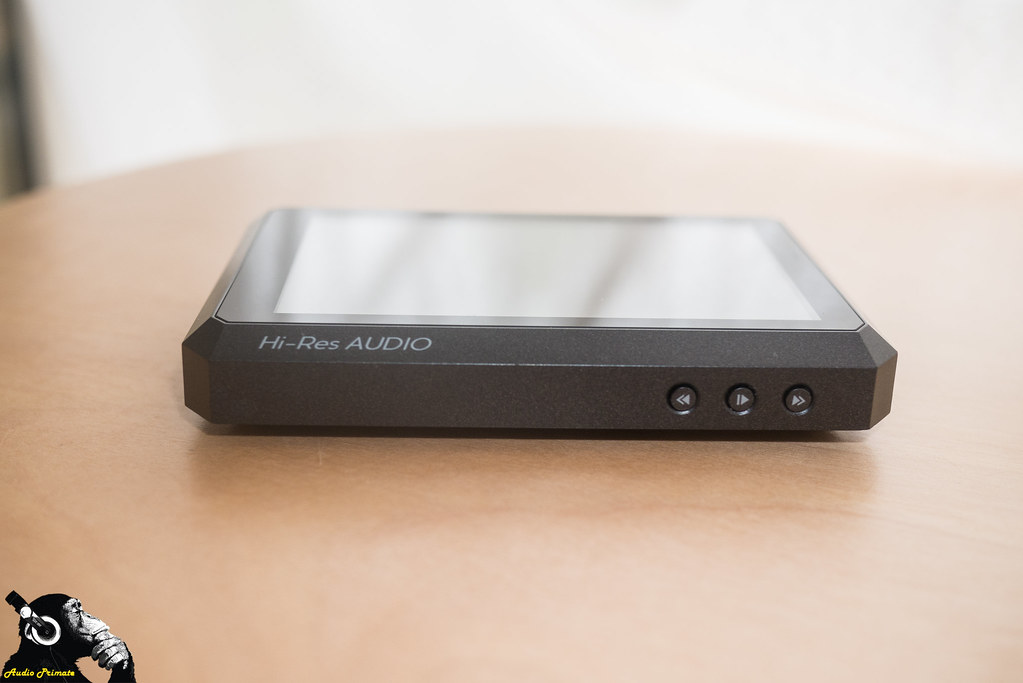 When I decided to do some comparisons, I whipped out my trusty DX50. I didn’t do technical volume matching, so any comparisons should be taken with a grain of salt. I did my best to match volume on both players by ear, but there are no guarantees that I achieved equal volumes. When listening with the Opus #1 to Dire Straits – Brothers in Arms I was awestruck by the instrument placement in the soundscape. The presentation was almost orchestral, especially the precisely delineated string sections. On the Opus #1 there was no noise at zero volume, not so for the DX50. The DX50 had heavier sounding vocals, which is likely due to the little emphasis that the DX50 has in the upper bass/lower mids. The Opus #1 sounds clearer and more tonally neutral.

On 2Pac – God Bless the Dead I found myself surprised that I didn’t hear the distortion I normally hear in the bass at the beginning of the track on the Opus #1, it may be that the Opus #1 has a little bit of a dip in the lower registers that also lowers that distortion. The bass sounded beautiful on the Opus #1. Vocals were very clean on the Opus #1 with a more layered representation of the multiple rappers on the track than I am accustomed to hearing—transparency in action, methinks. Vocal separation was very good on the Opus #1. On the DX50, vocals were less layered and thicker due to the DX50’s emphasis.

Why – Strawberries had beautiful decay on piano notes with the Opus #1. The sound is very natural with good spacing in the soundstage. Instrument placement is strong in this one. When listening to Why – Sod in the Seed the stage is smaller on the DX50, with just a little less width.

I really enjoyed my time with the Opus #1. I put in about 30 hours of listening over a week. It has an effortless transparent sound with good soundstage, and nice texture and timbre all around. It doesn’t mess with sound, it gets out of the way and lets the music and your headphones do the talking. The Opus #1 is a well-executed neutral DAP.  I didn’t test it out with my HD600, or any hard to drive cans, so my impressions are limited to IEMs, and it did fantastic with them. My volume depended on track, as my tracks aren’t all recorded at the same level, especially looking back at 80s CDs—those things are quiet.

The optional case for the Opus #1 is of stunningly good quality. I highly recommend getting it.

The DAC has an Android-based operating system, but it doesn’t have apps in the way that consumers have come to expect on Android DAPs. If I were Audio-Opus, I would de-emphasize Android in the marketing of this player. If I can’t use the internet, it just doesn’t feel like an Android device to me. After a year and two more DAPs, I’m still in search of a more full Android experience from the folks at TheBit (Audio-Opus). I want to listen to Tidal, Soundcloud, and Bandcamp without having a bunch of issues. TheBit did a great job on their first DAP. Their later efforts are even better, but not better values.

One thought on “Audio-Opus Opus #1: a transparent reference quality DAP and a great start for a promising company”