In our last installment you were treated, or tricked, as the now post Halloween landscape may have you assess, into reading a long piece about wires. This piece isn’t so controversial. This piece is about sound treatment, gin, and joy—Pure Pleasure. The Indulgence Show was not a showcase of wires, that was my particular perversion. It was a showcase of existential pleasures for all the senses, with none excepted. Sure, the main event was aural delights from personal audio to speakers that would be more at home in a stadium than the show, but beyond that there were beautiful things to taste, touch, see, and smell. It’s the beyond audio, that I’m covering here. The final installment of coverage will give you some goodly audio exposure. 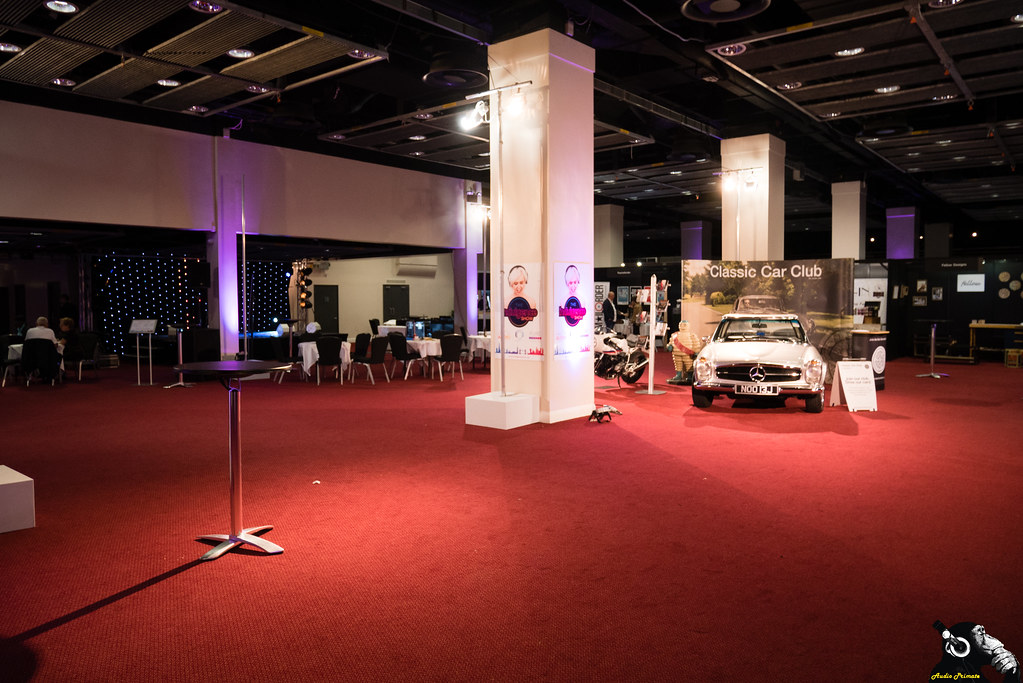 This coverage is late—sometimes life gets in the way of hobbies—but there was just too much good stuff not to share, no matter the demerits for tardiness. Thanks to Phil Wannell and the folks at Audio Sanctuary for putting on one helluva show.

Upon entering the Novotel venue you are greeted by Tidal speakers (no they don’t stream and aren’t made by the same folks, and PMC guitar lessons around the corner. I kid you not, there was actually a person at the PMC booth giving guitar lessons. Beyond this there was the bar, a big stage, tables for eating, and booths full of sensory delights (and some wires). 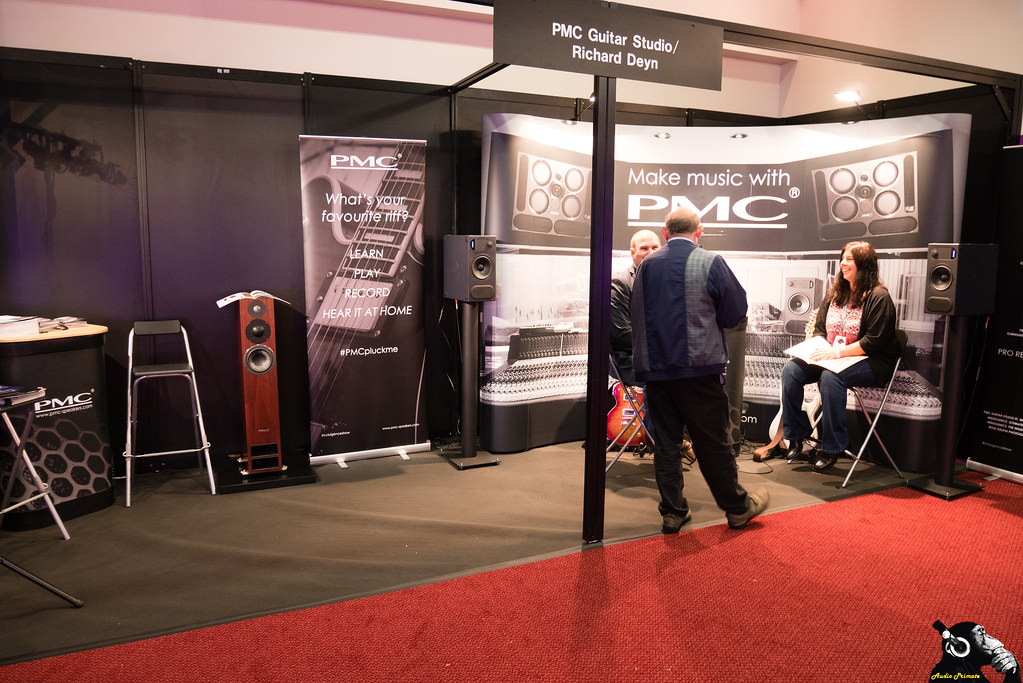 I think I frequented every stand except the record stores. I don’t have a turntable, so they would have been pretty pointless. Theme One Records, Diverse Music and Vinyl, and MCRU (Mains Cables R Us) appeared to have an excellent selection of vinyl music. Electronic Sound magazine highlighted their vinyl preferences whilst giving away cool CD samplers—I picked up three. Dead-wax lovers could blow-out their wallet almost immediately upon entry. 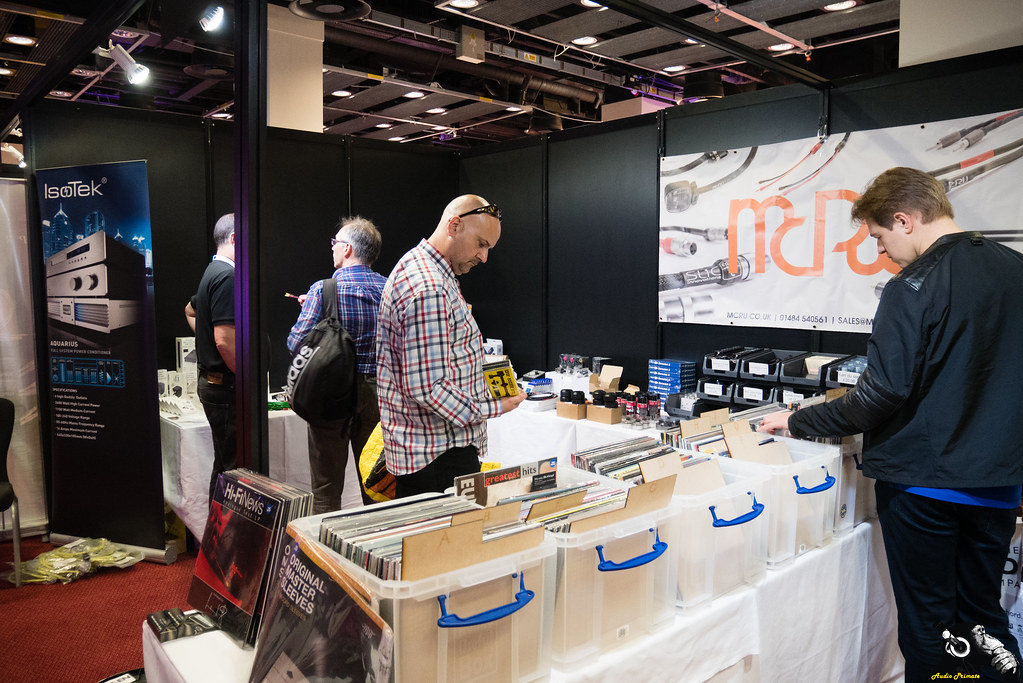 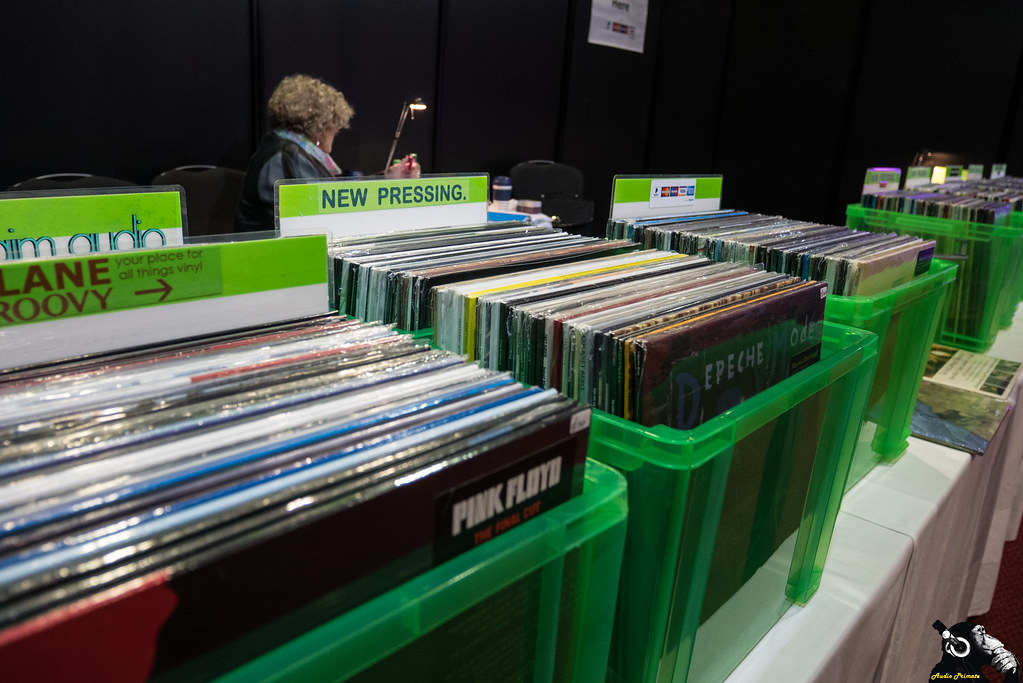 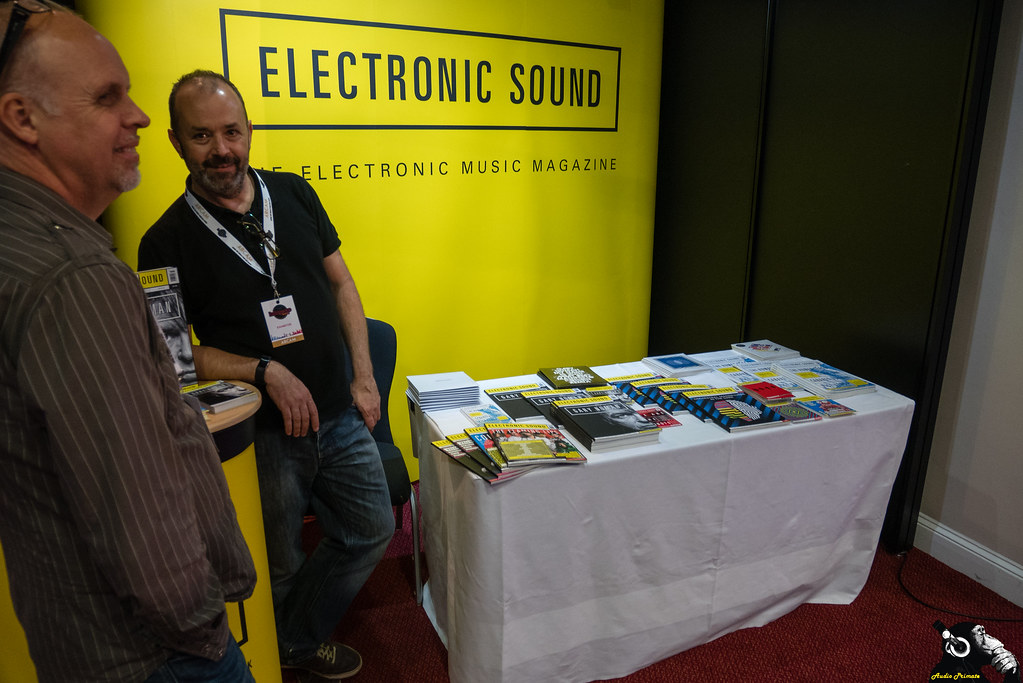 I’ve been to lots of audio shows now, but this is the first time I’ve had honey at one. Seri 1 brought their Surrey Hills honeys at several levels of refinement and allowed generous sampling. Both my wife and I found the most raw, cloudy, and unrefined honey the most flavourful. The delicacy and depth of flavour saw us buying one and taking it home. They were also very kind to my daughter, who was poking and picking up their beeswax sculptures. They gave her a beeswax bear to take home. If you see them at a Surrey area farmer’s market, do have a try. 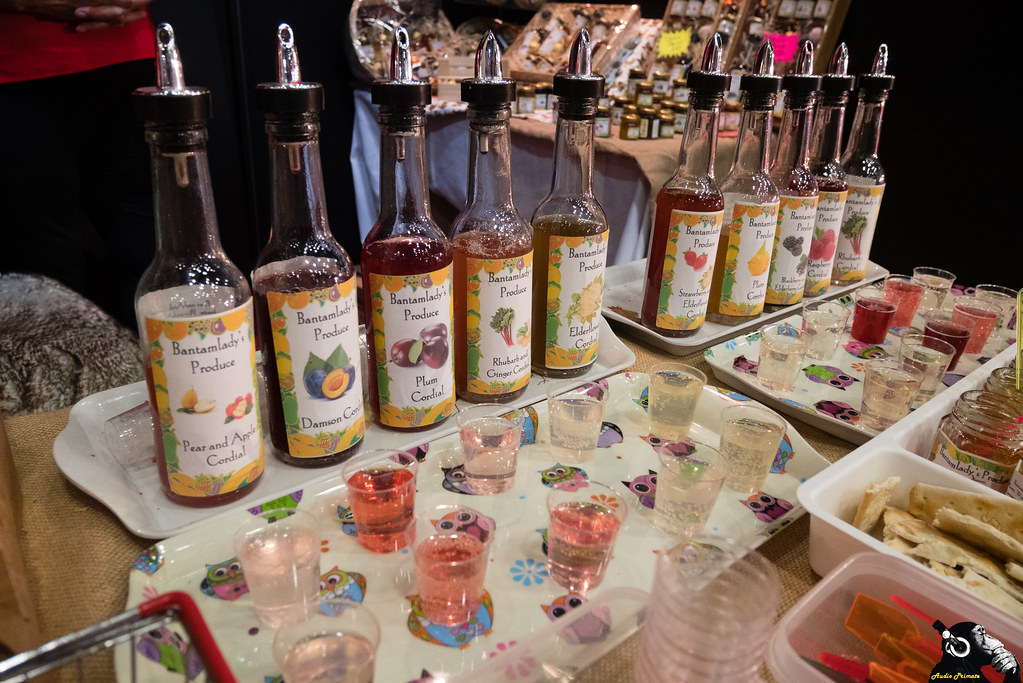 Flanking the pots of delicious honey were more sweet goodness and some super limited edition textiles. The former was Bantam Lady, a dedicated gatherer of local fruit that I gathered was expert in finding fruit connections around London. She had a selection of unique jams and jellies including both quince jelly (common) and quince jam (super rare), both were delicious. She also featured multiple kinds of plum jams and cordials, as well as crab apple jelly, which I’d never tried. I went back several times to her stand to try her jams, jellies and cordials. I ended up walking out with multiple. She was a gem. The latter booth was filled with a concept boutique showing off some quite nice textiles. The House of Lovely Stuff is all about limited editions. They never make the same arrangement more than 10 times. So, if you order 10 identical cushions, you are guaranteed that nobody else will have exactly the same design—bragging rights. My wife and me entered in a prize draw and my wife ended up winning a unique laptop/tablet sleeve (navy blue in the bottom-right of the quad unit). 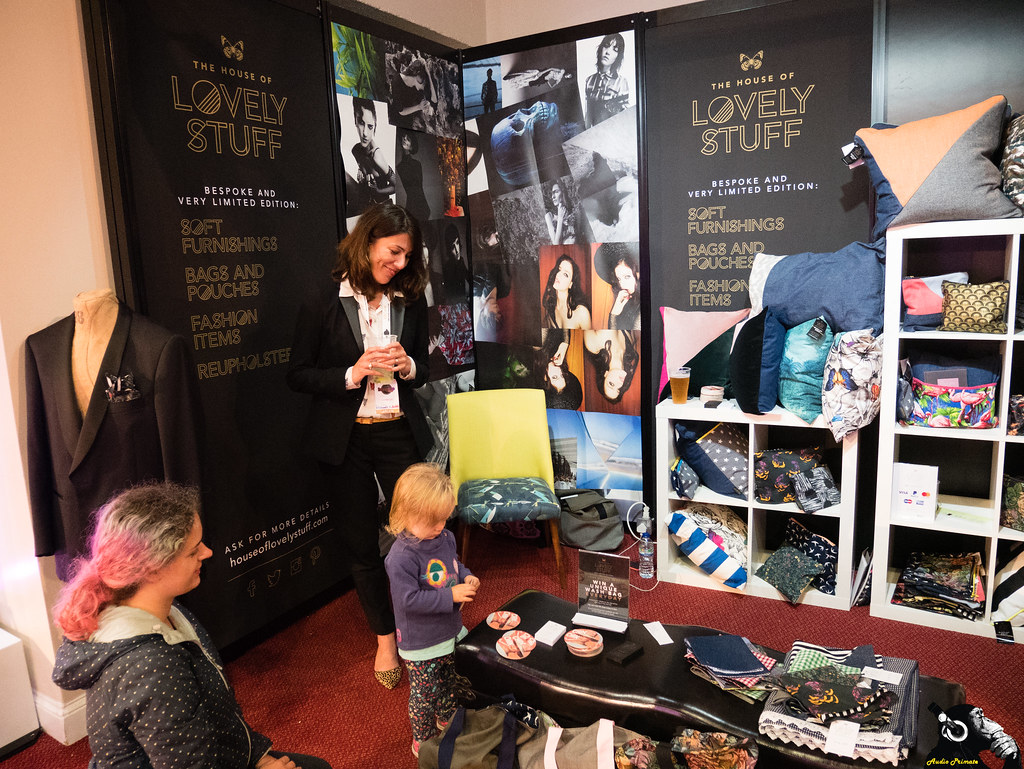 A few friends also sat down for some shoulder/neck massage goodies. It didn’t work for me, but my wife and friends loved the massagers. 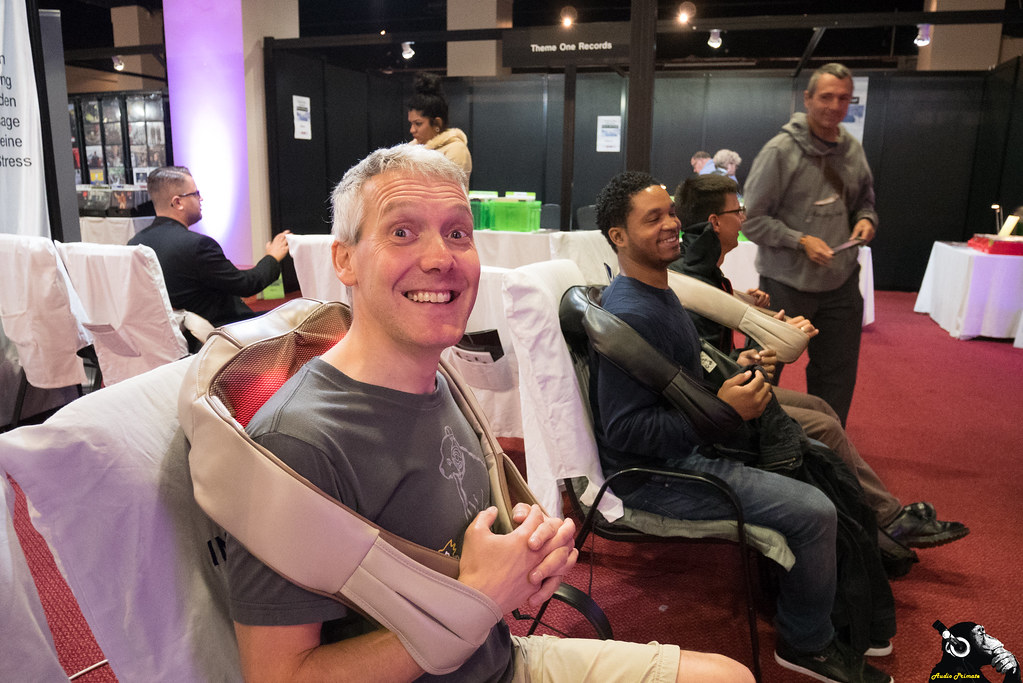 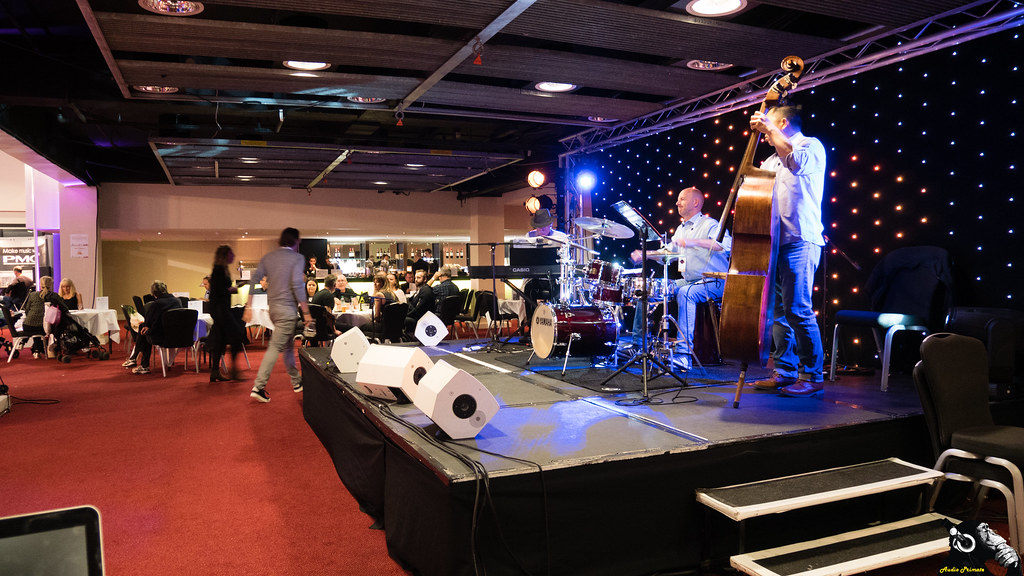 Also playing across many of the floors was live music. The biggest stage was in the pure pleasure zone. It was a good place to have a chill and let your little ones run free or have a nap. Beyond this, there were room treatment specialists, GiK Acoustics. I had a really good conversation about what goes into their room treatments, which also happen to be pretty sexy looking from a decor perspective. GiK is based out of Bradford in the UK, with roots in Atlanta. Their diffusion panels trap excess bass, and use diffusion to prevent harmful reflections, which releases the treble. The patterns on their panels are a combination of art & science. They generally start with an artistic vision, and adapt it to meet their technical requirements using mathematical modelling. Whilst the Alpha Series are about aesthetics and performance, some units are all about performance. Personally, I find the ‘pure performance’ bass trap beautiful. It’s amazing how many mathematically beautiful things are also physically beautiful when realised. Room treatment is one of those oft neglected elements. People spend a heap of money on speakers and then put them in a crap room that shrinks their capabilities and wastes the expenditure. It’s like buying the best deli meats and then eating them in a moldy bread mayonnaise explosion sandwich. Don’t do that. 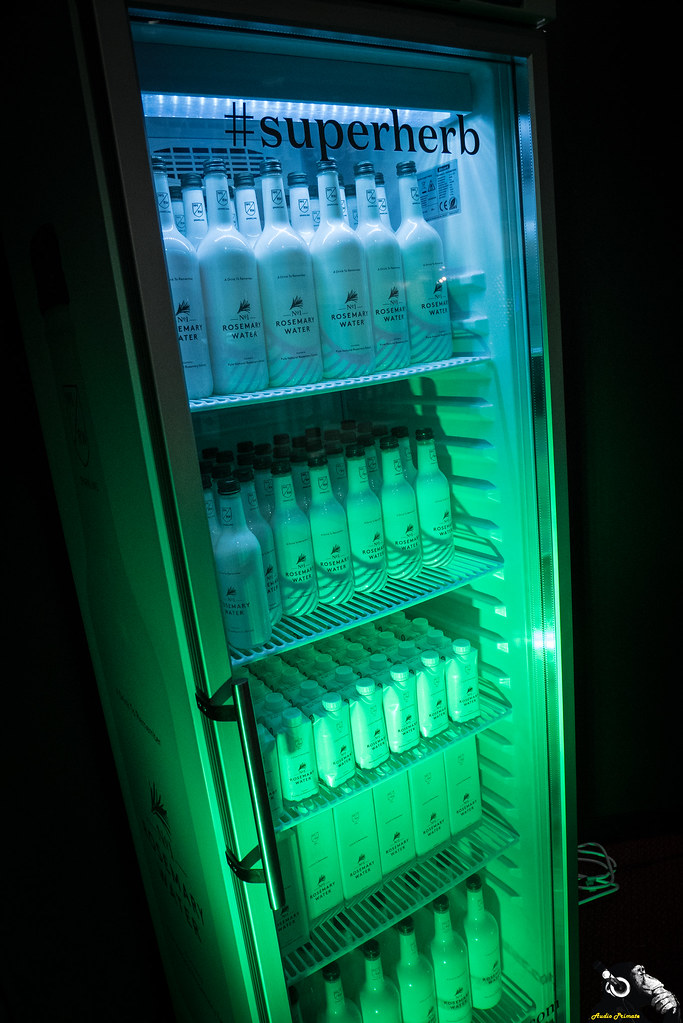 Finishing out my pure pleasure experience, were some drinks. There was some lovely rosemary water in both still and fizzy varieties. The fizzy was delightfully refreshing. I think it is something I’m going to want to have around. Whilst I don’t buy the argument that infusing rosemary into water will bring health benefits, I do buy that it’s tasty, so who cares? I thought that it might go well with another one of the drinks on hand, something a little friskier. So I grabbed a couple paper cups and fetched some Ely Gin for the lady behind the rosemary water stand and some for myself. The strong juniper of Ely Gin quickly overpowered the delicate rosemary flavour of the No. 1 Rosemary Water. I think mixing it with some Grey Goose would probably be a better marriage. I might just have to try that over the upcoming holidays. That could be a good combo with Thanksgiving turkey. Ely Gin was all right, but I like a bit more complex botanical note to my gin, more of a Silent Pool man here. The Ely Gin stand was fantastically hip with a fantastically photogenic clientele. 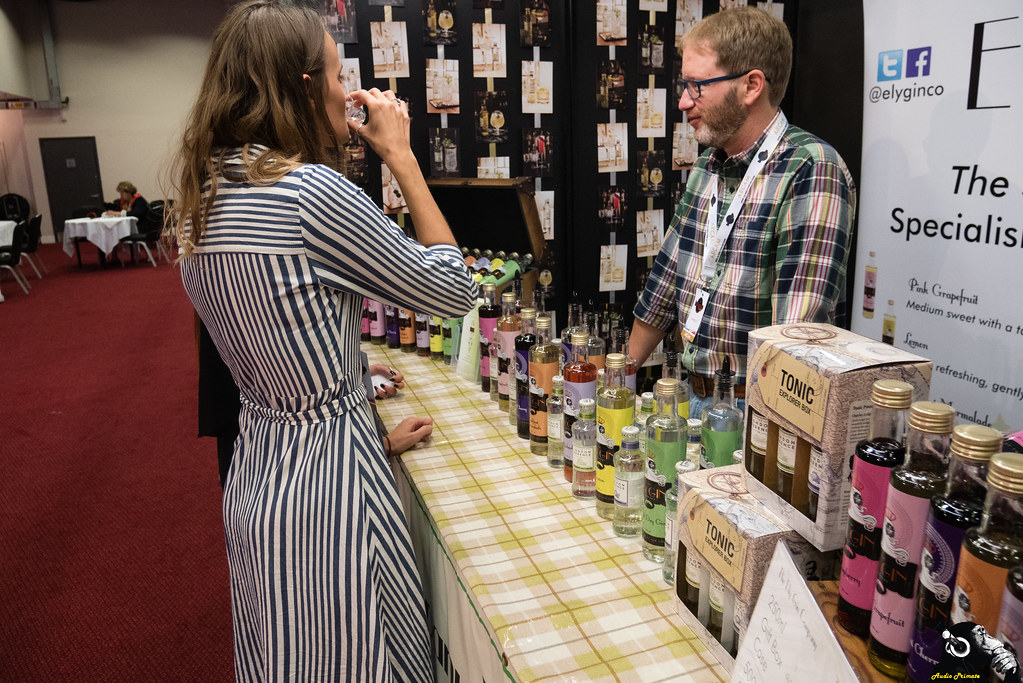 Next time I’ll go over my listening sessions. Stay tuned.