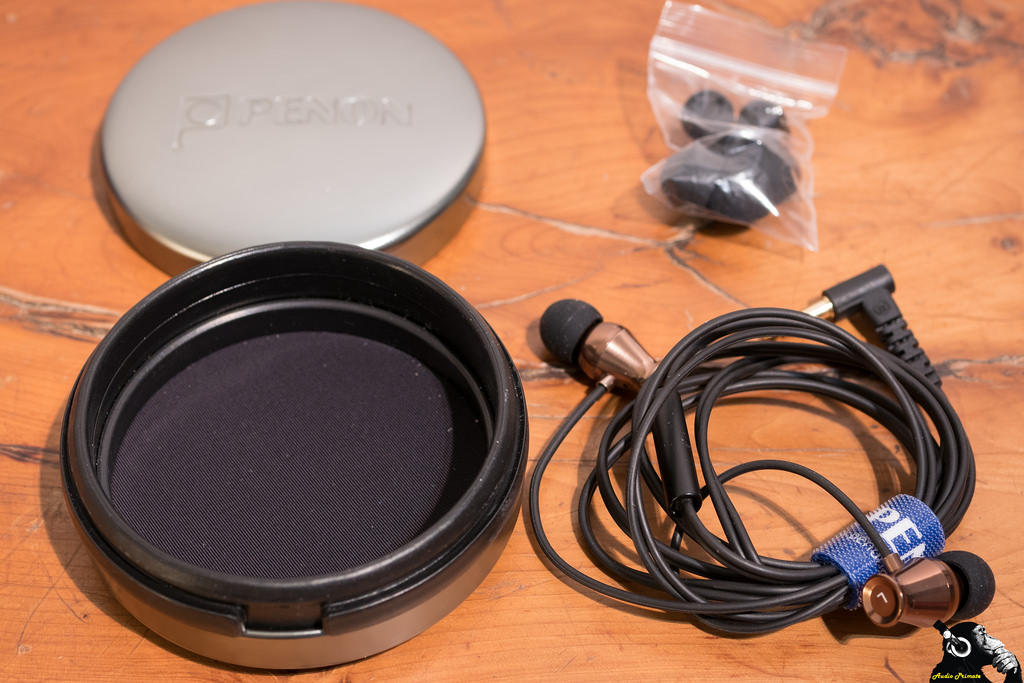 The Penon IEM was thrown in along with a box of stuff for under $50 and $25 shootouts. I didn’t expect much. When I opened up the big DHL box of budget surprises, the Penon IEM actually had one of the nicer boxes. a simple blue box with a magnetic closure. Inside there is some simple foam padding, and a metal case embossed with Penon’s logo. The metal case should look familiar to folks who have looked at some of my HiFiMAN unboxings. Yup, it’s the same one, in a slightly different colour, with embossing. The Penon case is actually a little more fancy. The Penon IEM is $19.90 if you order something else. There are also some basic silicone tips in the standard s/m/l variety and a penon branded velcro cable wrap. I like cable wraps. The shells are made of a painted plastic in a copper tone, and the cable has no strain relief at the shell side. At the 3.5mm termination, the strain relief is excellent.

When I first opened these, they sounded terrible. They were muddy, poorly defined with a fugly small stage. I gave them some burn in with my standard heavy on Ayre IBE (Ayre Systemic Enhancement disc, Irrational but Efficacious) playlist:

They were much better after leaving them burning in for a day with that mix. The stage opened up. The bass got more refined. The character of these is rich and smooth with good sound for $20. I’m listening to it on the Shanling M2s, it’s a great budget pairing. 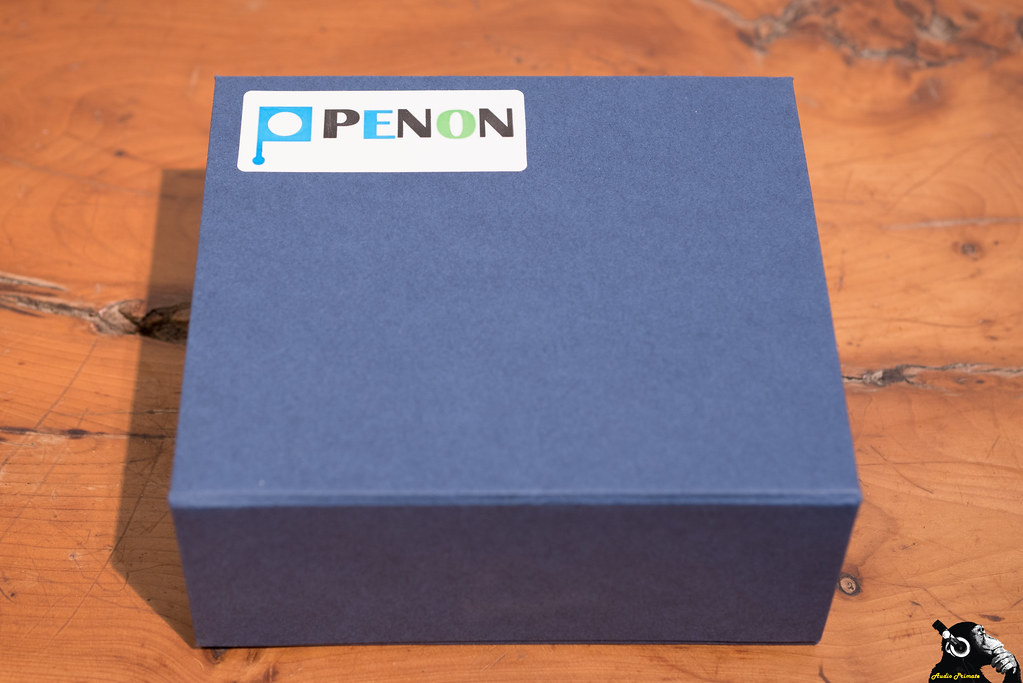 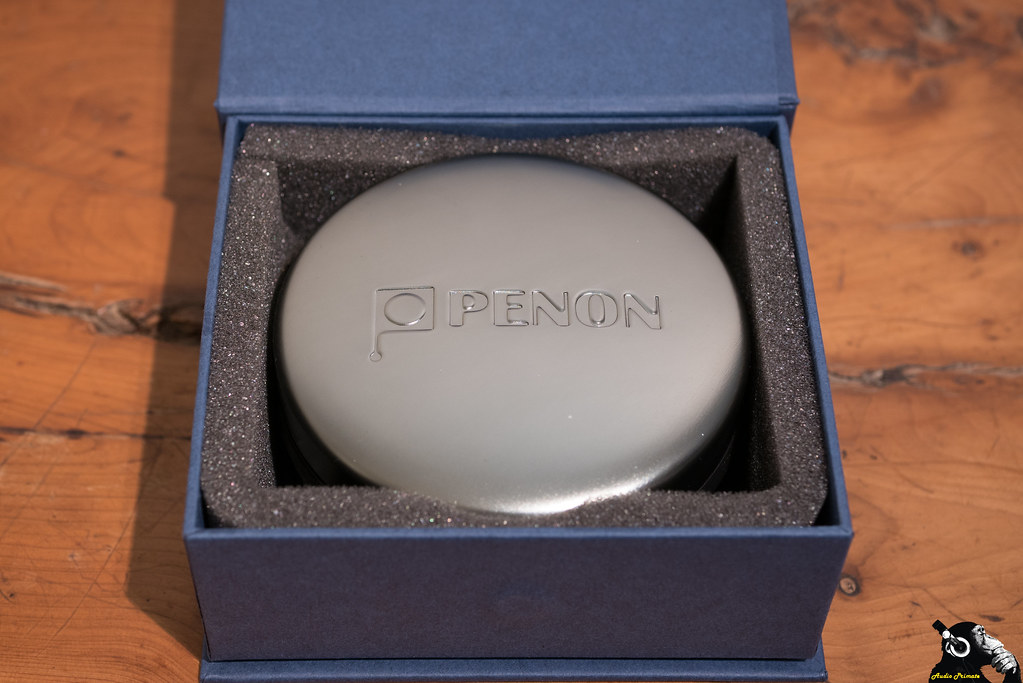 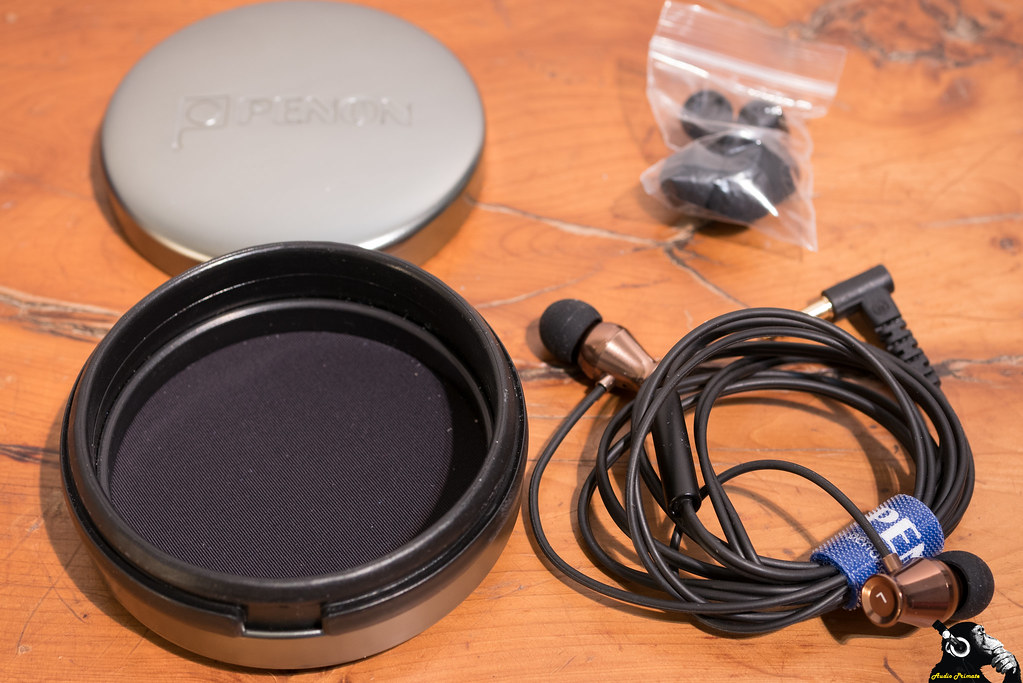